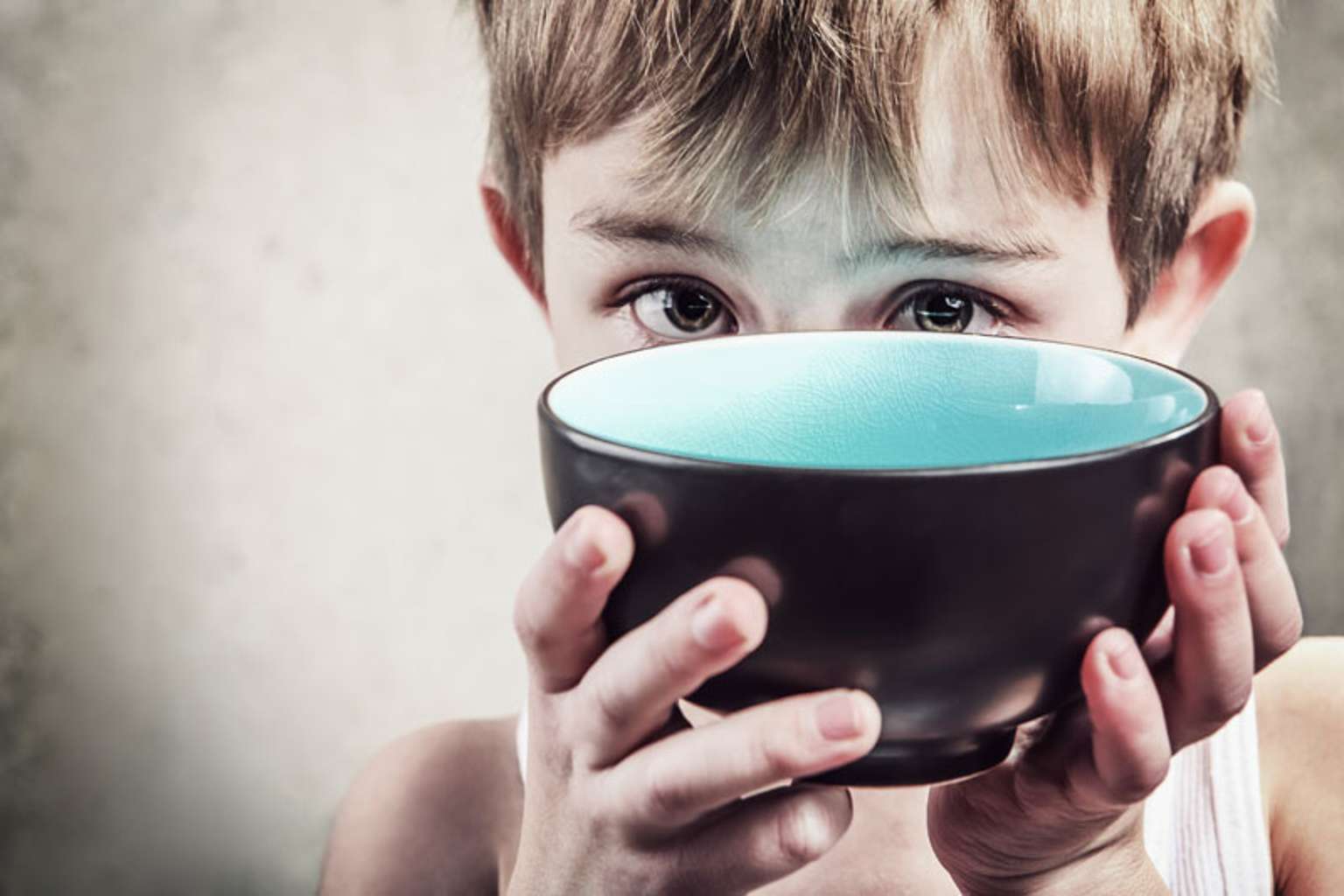 5 Facts About Hunger In The U.S. That Will Make You Furious

America is the land of opportunity, right? The greatest nation in the world. The model for what all other countries should aspire to become. We’re a nation with freedoms and liberties some people can’t even get their heads around. We’re a nation with wealth. We have the most powerful military in the world by a long damn sight. And we’re also a nation where too many people go to bed hungry. Hunger should not be a problem for citizens of the United States. We’re not an impoverished, third world country. We don’t experience famine where we rely on international aid to send us food. There’s plenty of food here to go around. So why isn’t it going into the mouths of the people who really need it? Let’s look at some facts, and hopefully, they’ll make you angry.

1. 1 in 6 people in America suffers from hunger.

1 out of 6 people. How many friends do you have? At least 6, right? If not, you should really try to get out more. Anyway, try writing all their names down on a piece of paper (or type them into your notepad, whatever). Now, count out every sixth one and then write the word “hungry” next to their name. Now imagine what it would be like if those people you call friends, those people you care about, weren’t getting enough to eat. Would you want to help them? Or is it still not your problem?

2. 1 in every 3 African-American and Latino children is at risk of hunger.

A third of the minority children in America face hunger on a daily basis. Even if you’re a racist pile of shit, children are children, and we’re supposed to take care of them. How can anyone look at a statistic like this and not think there’s something seriously wrong with the system?

Most cultures around the world revere their elderly. They honor their contributions, the work they’ve done and the wisdom they’ve gained. We let millions of them go hungry. Okay, now maybe those statistics weren’t enough to incite you into anger. We’ve just been discussing who is hungry. Now let’s get into the why of it all.

4. 40 Percent of food is thrown out in the U.S. every year — enough to feed 25 million Americans.

Almost half the food we prepare for ourselves is wasted. Just thrown in the fucking garbage. That’s enough to feed 25 million good, God-fearing Americans. Who on earth would rather throw food in the trash than give it to someone who’s hungry? Can’t we fucking do something about this? Shouldn’t restaurants be required — or at least be incentivized to volunteer — to take the food they would throw out at the end of the night to the nearest homeless shelter? Would that be so hard? Give them a tax deduction or something. Jesus.

5. Cutting the world military budget by 10% would be enough to end worldwide poverty and hunger within 15 years.

That’s a pretty astounding figure right there. But let’s keep things as local as possible, seeing as America has far and away the highest military budget in the world. In 2015, the U.S. spent $596 billion on its military and defense budget. The UN estimates that $30 billion per year could end hunger not just in the US, but in the entire world. That’s only 5% of our military budget, and that’s without any other countries kicking in at all. By earmarking a small fraction of the money we spend on the military, we could END WORLD HUNGER. End it. Even if we went the “America First” route, and just spent enough to feed our own hungry people…wouldn’t that be a better investment than building a new missile or a tank? You know how we’re always hearing about how everyone hates America. How do you think they would feel if we fed the whole fucking world? Reducing our military budget by $30 billion would still leave us with a budget that’s more than twice as much as China, the next highest military spender. Or look at it like this: If you spent $600 a year on home security and found out that for $30 a year, you could keep a hungry family fed, you would find a way to keep your house safe for $570. And if you wouldn’t, you’re a fucking asshole. If you are the type of person who’s outraged by the fact that Americans are going hungry unnecessarily, then good for you. But getting mad and posting about it on Facebook or Twitter isn’t enough. Even voting for the congressmen and women you believe in isn’t enough. You have to bug them. Demand that they do the right thing. Galvanize your communities. Be a leader who inspires other leaders. Putting an end to hunger isn’t impossible. It won’t even be that hard. But if we, the people, don’t demand it, it will never get done. Share this if you think the U.S. should end world hunger.