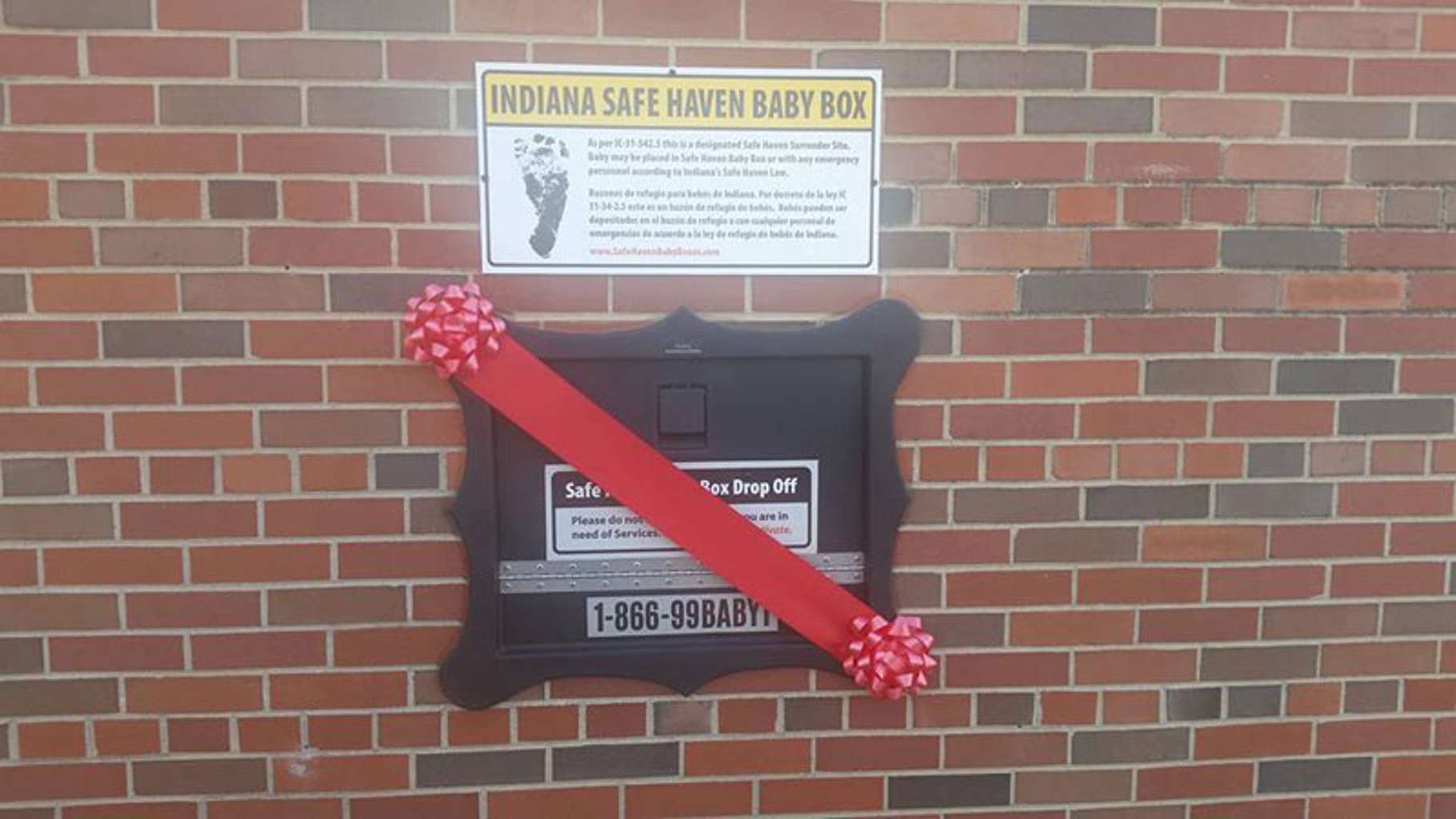 If you live in Indiana and need to anonymously get rid of an unwanted infant, it’s now as easy as mailing a package or making a deposit at an ATM with the introduction of Safe Haven Baby Boxes. Indiana’s Safe Haven Law allows parents to give up a baby less than 30 days old to a hospital, fire department, or police station without fear of prosecution.

This is certainly a good thing for society, no matter how you feel about abortion. Most of us can probably agree that, once a baby is out of the womb, it qualifies as a living human being, and every human being deserves a shot at life. If a mother fears any form of legal consequences for surrendering a child she doesn’t want … well, that’s how babies end up in dumpsters, and no one wants that, do they?

But the problem is that not everyone in that situation is aware of the Safe Haven Law, and — this might offend some of the more sensitive readers out there — but let’s be honest. If you find yourself needing to anonymously get rid of an unwanted child, civic education and personal responsibility are probably not your strong suits.

Enter Safe Haven Baby Boxes. Baby Boxes are basically padded, heated incubators that lock automatically and send an alert to authorities when a baby is placed inside. The idea is that, if a mother just can’t bring herself to go through the face-to-face interaction required to leave her child with a doctor, nurse, EMT or police officer, she won’t have to.

It’s a nice idea (if you’re liberal about the definition of the word “nice”), but believe it or not, not everyone is in favor of these boxes. First of all, the state's Department of Health has made a recommendation against using the Baby Boxes, basically because the safety the child cannot be guaranteed, and there are no standards in place to protect the state from liability. Yes, the boxes automatically lock and automatically alert officials, but what happens if either of those things malfunctions?

Additionally, mothers of newborns are in need of post-natal medical attention, and Baby Boxes make it easier for them to avoid that, which can lead to serious health concerns. The founder of the nonprofit organization behind the boxes, Monica Kelsey, was herself an abandoned child, and any reasonable person can see that her heart’s in the right place. She just wants to save more babies’ lives, after all.

It should also be noted that the baby boxes are privately funded, largely by the pro-life Catholic group Knights of Columbus of Indiana, so take from that what you will. Saving children’s lives is a noble endeavor, and whether this is a good solution or a terrible idea is yet to be proven. However, it can be argued that the money used to install these boxes might be better spent on spreading awareness of the laws that already exist.