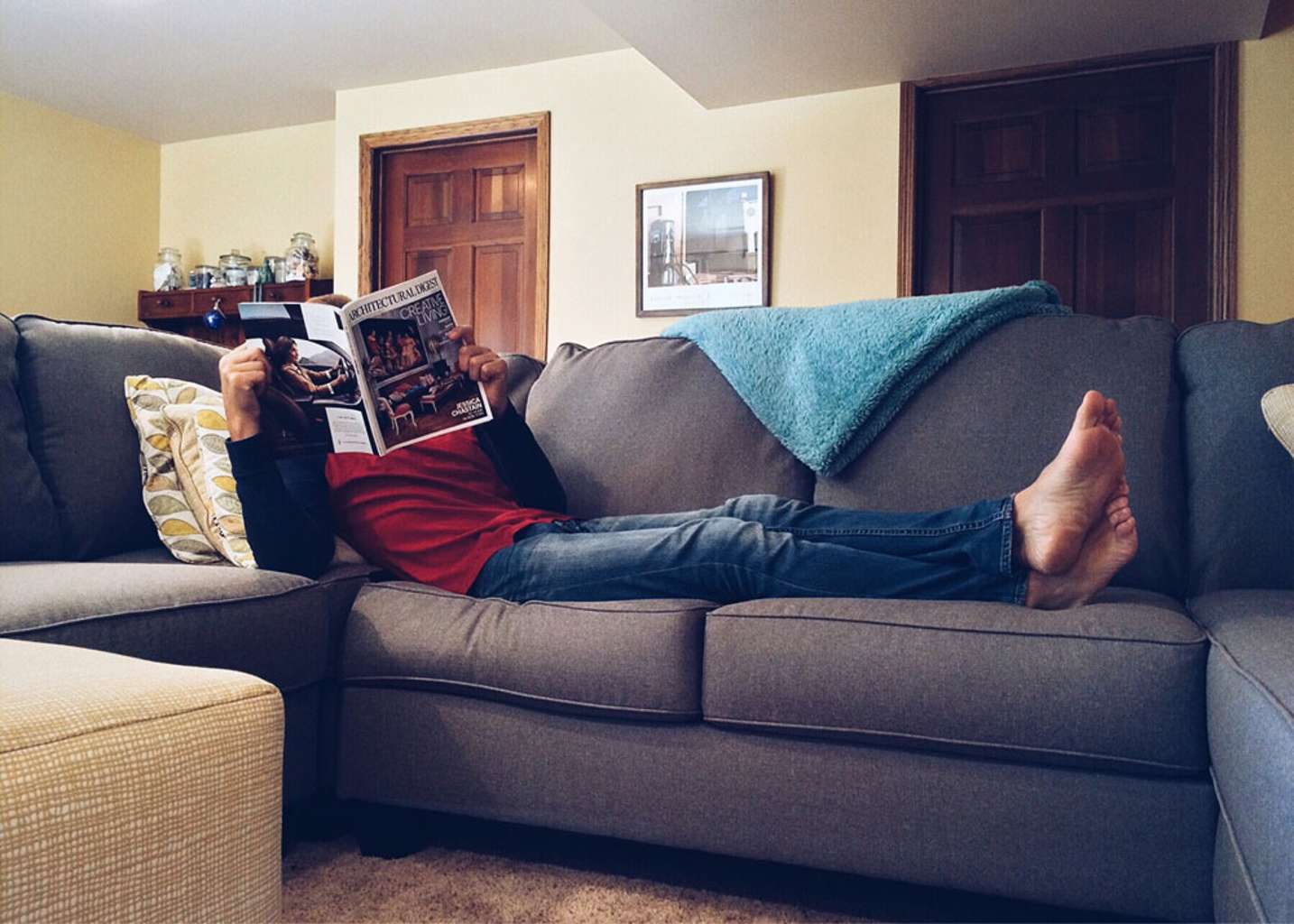 What You Can Tell About A Man From His Apartment

Entering a guy’s apartment for the first time is a big moment. Seeing how he lives puts him in context. It reveals a lot about him. The key things you’re looking for are effort and interests. You’ll be able to tell everything that he’s into (or wants people to think he’s into), which will be a big factor in determining your compatibility, but you’ll also be able to assess his level of maturity. So here’s a handy guide to your first visit to a guy’s place. Things you want to see and things you really don’t.

The thing about the living room is it’s the first room you see, and it’s probably the room where he spends most of his time. So it’s going to give you a good idea of who this guy really is, and it’s also the room where you need to cut him the most slack. Now, obviously, the living room is a good indicator of how much money he has. If he’s loaded, then he’s got all the bells and whistles, and the room has probably been professionally designed. But it’s not going to be a huge indicator of his personality. So, let’s focus on the other 99 percent. Rich guys’ apartments all look pretty much the same, anyway. So first off, is it reasonably clean? Has it been vacuumed sometime in the past month or so? Are there cobwebs in the corners? Dust on the surfaces? Big, nasty stains on the carpet? Basically, does the guy make an effort? Meticulously clean could be a sign of OCD, which might not be that fun to deal with, but is way better than being sloppy. Look for somewhere in between to know you’re if you’re dealing with a mature, well-adjusted individual. What’s on his walls? Does he have at least one cool piece of art? Most guys do (or should). But if it’s all movie posters and Elvis clocks, cut the guy some slack. If you move in together, he’ll be fine putting that stuff in the second bedroom. Look for a picture of his family. He should have at least one, or else there’s probably something going on there. And then, of course, there are the conversation pieces. The strategically placed items that he wants all his visitors to see and ask him about. He might have a couple books prominently on display. They’re there for a reason, so feel free to flip through them and ask him what he likes about them. A lot of guys have a musical instrument in their living rooms. Make sure he can play it. If he can, he’ll be happy to serenade you. If he can’t, the guy’s a poseur, and to hell with him. You might see a Samurai sword hanging on the wall. A lot of guys are into that. Don’t freak out; he might not be violent, he might just be really into Asian culture. Or he might just have a small penis. Here are a few things to look for, though.

A guy should keep his kitchen clean. If it smells bad, or there’s an overflowing trashcan, dishes in the sink, etc., you’re probably dealing with someone who’s a bit of a slob. This shouldn’t be a deal-breaker, though. Just make sure he knows you don’t approve, and next time you visit, see if he’s upped his game. Does he have cookware? A halfway decent set of dishes? Matching silverware? If so, he’s a cut above. A lot of men are content using empty pizza boxes for plates or even just eating over the sink. But if there are indicators that this guy can actually cook, that means he knows how to take care of himself.

This is probably the most important room in the house if you’re trying to form an impression of him. And I’m not talking about his medicine cabinet. Peek if you must, but know that he’s probably prepared for a little light snooping, so you’re probably not going to learn very much. The most important thing is cleanliness. Especially if coming over here was a spur of the moment thing and he didn’t have a lot of time to get it ready. Don’t expect to be able to eat off the toilet (and c’mon, no one would ever do that), but if there’s dried urine on the toilet seat, hairs all over the sink, smelly, wrinkled towels on the rack, and a thick layer of scum in the shower, it doesn’t necessarily mean he’s disgusting —but it means he hasn’t grown up yet. He’s used to his mommy taking care of that kind of thing. I can’t emphasize this enough. How a guy keeps his bathroom is the best indicator of his level of maturity. And if it’s a pigsty, well…if you’re content living in filth, then by all means, stay. But if you’re looking for a real relationship, it’s probably time to make up some lame excuse and get the hell out of there.

And here we are. This is the room he really wants you to be in, so make sure it’s up to your standards. Does it reek of old socks? Is there a cum-rag under the bed? Is the bed made? Are there clothes on the floor? And for Christ’s sake, are the sheets clean? Some guys think they only have to wash their sheets like once a year. Again, you don’t need to apply the highest of standards here, and you really don’t have to worry about the décor. Unless he’s got a neon beer sign or posters of bikini babes, don’t judge it too much.