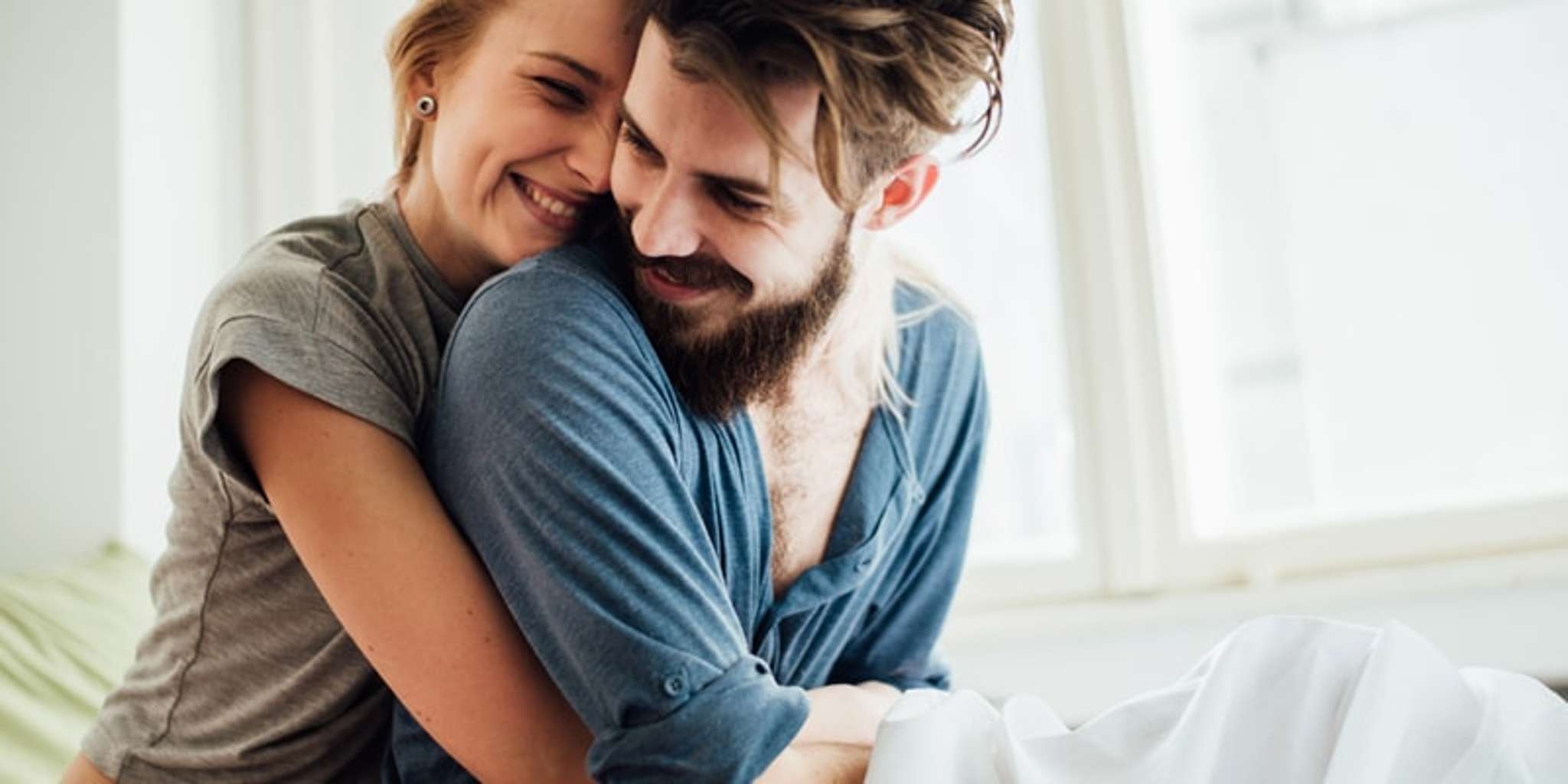 True love is a rare bird, and as we’ve all learned from numerous rock ballads of the ‘80s and ‘90s, you don’t always know what you’ve got it until it’s gone. The thing about love is that it’s often pretty easy to spot from the outside, but can be hard to identify in our own relationships. You can look at a couple you don’t even know and plainly see that they’re head over heels in love with each other, and at the same time, have no idea if your significant other feels that way about you. It seems like she loves you, but you might be confusing it with lust, passion, infatuation, attraction — any primal urge that might draw you to someone or draw someone to you. So yeah, love is complicated business. If you want to know if the woman you’re with really loves you, you can’t just look at the big things, you can’t just look at the little things — you have to look at everything. Here’s a list that might help you out, but honestly, you really gotta trust your gut on this one.

Deep conversations, heated arguments, just shooting the shit, whatever. If she’s doing her part to understand you and be understood by you, you can bet she wants to keep you around.

We’re all happy when we’re in the company of people we care about and that’s amplified if you love the person. If she seems happy to be with you most of the time, she’s probably not faking it.

3. Her maternal instincts kick in.

If you have a problem with this, blame biology. When men care about someone, they’re instinctually protective, and when women do, they’re instinctually nurturing. Obviously, these things can be tempered, but if she’s acting motherly towards you (reminding you to grab your coat, making sure you’re eating right, etc.), then there’s a good chance she likes you. Just hope she doesn’t take it too far.

Probably shouldn't have followed “she acts like your mother” with this one, but what the hell. Yes, sex is a physical act and doesn’t necessarily mean love, but if you’ve ever been in love, you know it makes sex better. When you love someone, you’re more willing to indulge the weird things you want to do to each other without feeling judged or self-conscious. That makes for great sex.

5. She takes an interest in your life.

She wants to meet your friends and your parents. She asks you questions about your hopes and dreams, favorite music and movies, hobbies and bad habits. She wants to know what makes you tick, and you don’t do that unless you’re deeply invested.

Competition can work in some relationships, but if one of you always needs to outdo the other, something is probably a little wrong. If, on the other hand, she takes joy in your accomplishments without feeling the need to diminish them by bragging about her own, you know you’re with someone who wants to lift you up.

There’s nothing more annoying than realizing you’ve been made to jump through hoops to prove you’re worthy of someone’s affection. Manipulation has no place in a loving relationship.

8. Her friends think highly of you.

This means she’s not complaining about you, she’s telling her friends how great you are. If her friends treat you like a pile of shit, then you should know the kind of information they’re getting.

9. Your friends think highly of her.

Same as above, but reverse it. If you bitch about this, that and the other when you’re with your friends, they probably aren’t going to have a favorable opinion of her.

10. She respects your opinions.

This doesn’t necessarily mean she agrees with you, so for the love of god, don’t think that. You can disagree with someone and still respect their point of view. Debating over differences of opinion can be fun and enlightening. Trying to “win” an argument or being dismissive is not.

11. She doesn’t hold the past against you.

You’re both gonna fuck up from time to time in a relationship. It’s just how it goes. But when an issue is settled, it should be over and done with. You’ve both learned from it and moved on. If you’re routinely defending yourself for past transgressions, it’s not a good sign.

Most people try to get by with doing the bare minimum of what’s required. So if she’s surprising you at work with a picnic lunch, or leaves little notes for you around the house, it sounds like she’s got it bad.

Probably not all of them. And you probably don’t want to hear them all. But there are some things from our past that have shaped us into who we are now. And we don’t share those with just anybody.

Yeah, that’s right. If she says it, you should probably believe her. It’s a pretty easy thing to not say, and unless she’s flat out using you, it’s not the kind of thing most women lie about. So take her word for it.