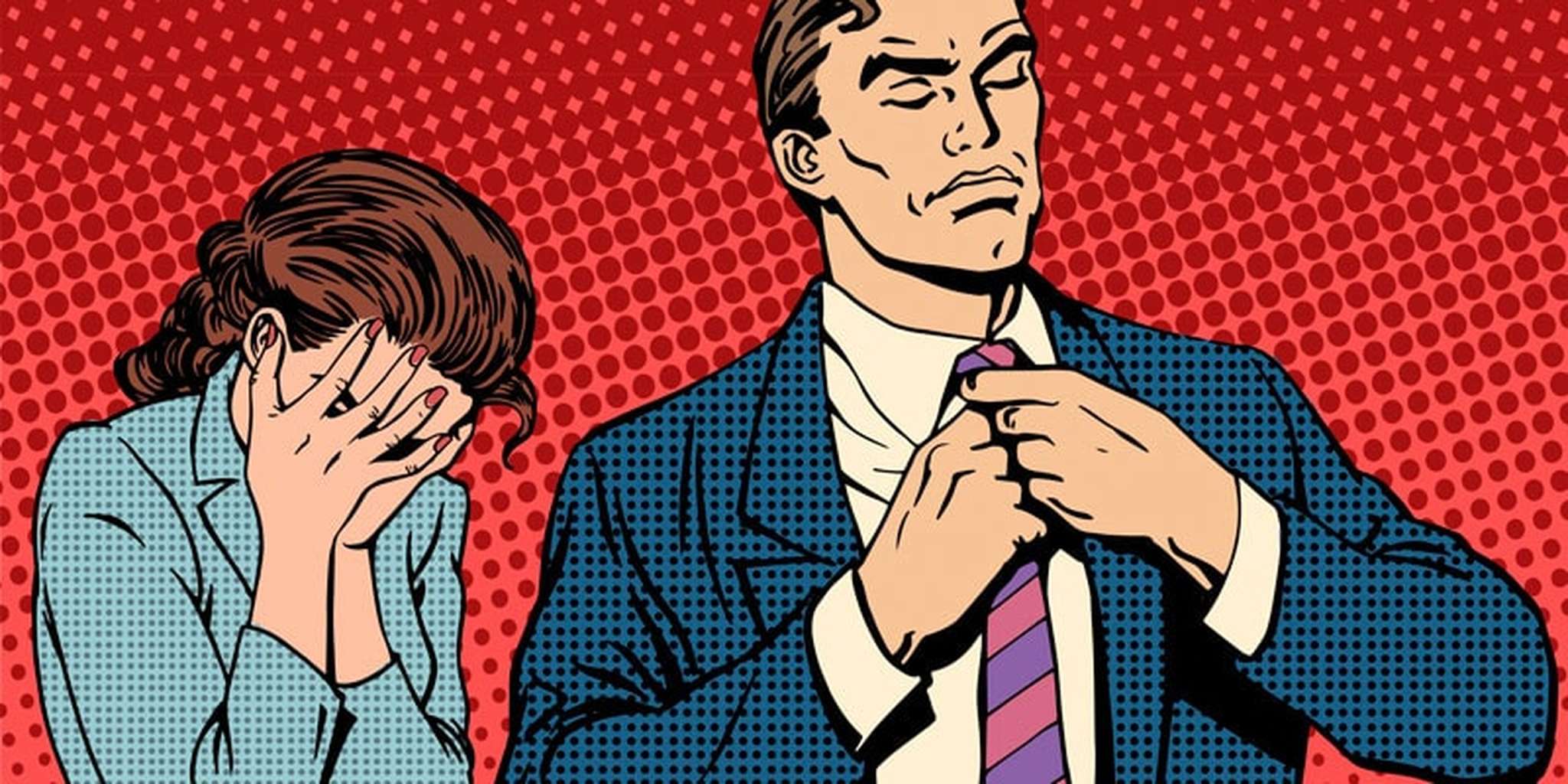 20 Ways You Can Tell You’re Dating A Dick

We all put our best foot forward when we’re dating someone new. It’s natural to try to hide your faults until the other person likes you enough to accept them. But there are some personality issues that can’t be disguised for long, and being a dick is one of them. Now, the world is full of dicks, and you’re going to have to wade through your fair share of them. But once you’ve identified a guy as such, you’ve really got to stop wasting your time and cut bait. There are a lot of decent guys out there, too. Here’s a list of things to look out for to make your life easier.

1. When he picks you up, he texts you instead of coming to the door.

Now, if parking is an issue, you have to take that into consideration. It’s not really worth getting a ticket to come off as a gentleman. But if he’s just sitting in the driveway, texting other people when you’re coming out, you should know what you’re dealing with.

I don’t care how independent you are, this is Chivalry 101. Not holding a door open for a woman is either a deliberate power play, or he just doesn’t give a fuck about common decency.

Most guys are going to zone out every so often if you’re going on and on (sorry ‘bout that), but the less dick-ish will at least pretend they’re listening, and they’ll get the gist of it. If the guy is sighing a lot and giving you that “wrap this up” look, he’s clearly a dick.

This is such a great test of a person’s character. A waiter depends on making people happy for his or her livelihood, and douche bags get off on this. An asshole makes a waiter jump through hoops because he can. He belittles him because he knows a waiter just has to take it. Take comfort in knowing he’s eaten a lot of food that’s been on the floor or glazed with bodily fluids.

Everyone has his limits, but a decent guy should be able to laugh at himself when he makes a mistake, expresses some weird quirk, or says something stupid. Not being able to do this shows insecurity, which is a dick’s number one trait.

Do you feel like you exist to serve him, but he’s never there for you? You shouldn’t expect him to drop everything at any given moment, but he should want to make you happy.

7. He diminishes your accomplishments.

You’re proud of a promotion, changing a tire by yourself, whatever. Then this guy takes the wind out of your sails by making sure you know whatever you did is no big deal. What a dick.

You go see all the movies he wants to see, but when you try to pick one, he refuses to come with you. You want to go to Napa but he insists on Vegas. None of your ideas ever seem to get through. The guy’s a classic control freak, ergo, a dick.

Look, we all get busy. But when you really care about someone, you make time for them.

10. He doesn’t introduce you to his friends.

He’s either embarrassed by you or he’s afraid his friends will like you. Either way, he’s not planning on keeping you around very long.

Dicks have fragile egos, so they might flirt with other women in front of you or make you wonder where he is to try and send you into a jealous rage. Once you do, he’s quick to point out how you’re the one who’s crazy.

Helping someone get through a tough time is a selfless act, and dicks don’t do selfless. If it’s not always about them, they shrink up like a frightened turtle.

Sex is a team sport, and if you’re not both satisfied, no one wins. If you’ve expressed what you like and he doesn’t do his best to make it happen, find another dick.

Classic dick move. He’s letting you know that you don’t measure up to girls he’s had failed relationships with. And of course, he was the one who broke up with them. He’s trying to let you know you’re next on his hit list if you don’t shape up.

When you make a mistake, a dick will remember it and use it against you in the future. If you apologized for something you did wrong, and he accepted it, that should be the end of it. That goes both ways, too.

16. He constantly tests you.

If he’s putting you through the paces to make sure you’re worthy of him, this is not a guy interested in developing a two-way relationship. He doesn’t give the first shit about living up to your standards—it’s all about how you compliment him.

17. He doesn’t remember the details.

Doesn’t call when he says he’s going to? Stands you up? He’s trying to see if you’re waiting by the phone, maybe setting you up to freak out on him. Don’t bother.

Unless you’re both having fun bonding over the things you hate, everyone knows you’re supposed to project optimism. If he’s always bitching about the table you’re at, the food, how that movie sucked, etc., he’s a narcissist and therefore, a dick.

Even once. There’s no excuse for this, even in our progressively permissive society. This shows lack of respect. Dump him.