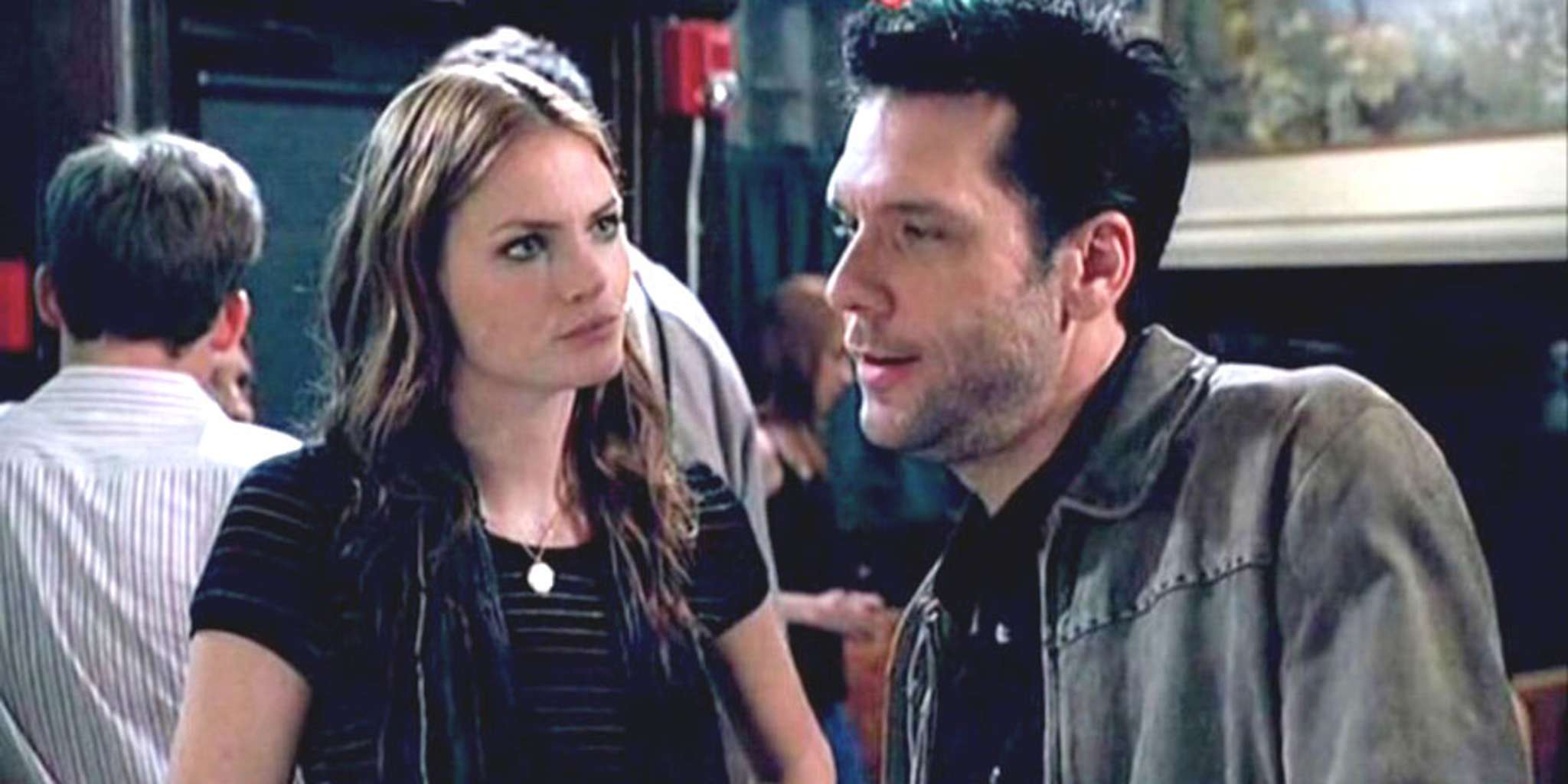 36 Red Flags That Should Have You Running Away From Him

Dating can be tricky. And with the wealth of online information available to us, we all know what we should and shouldn’t do, how we should or shouldn’t behave, especially in the early stages (thanks to so-called “experts” like yours truly.. So, it’s amazing to me when people do stupid shit on first dates. But then again, we all make our plans and strategies for first dates, and then when things get rolling, we forget all that and sometimes, accidentally, we act like ourselves. These, of course, are the moments to look for. When guards go down and veils drop, and real bits of personality start to peek through. Now, I don’t think it’s really fair to write a guy off for exhibiting a couple things on this list. Some red flags can be ignored—just remember that you saw them in case any more come up. But if a guy is showing more than a handful of any of these behaviors, it’s probably best to cut him loose. So pay attention, ladies, because I’m ragging on the guys today. On with the list.

It might be true, but he should know better than to tell you this. Because if it doesn’t work out, he’ll be saying the same thing about you.

If he laughs when you’re talking about your interests or tells you they’re dumb, he’s trying to chip away at your self-esteem. Don’t fall for it. Call him out on it.

3. He asks you how many guys you’ve slept with.

This means there’s an unacceptable number, and odds are it’s pretty low. The guy’s insecure, and not ready for a relationship. The only number that matters is the one that starts after you’re dating each other.

4. He texts you relentlessly.

If the guy sends you a text or two after a good date, cut him some slack. He just wants you to know he’s thinking about you. But if they keep coming fast and furious, you’ve got a needy and desperate guy on your hands.

5. He sends you unsolicited selfies.

6. He doesn’t respect his mom.

If he’s older than 21, he should have moved past any rebellious instincts by now.

Some guys (but not all, for God’s sake) are just born liars. They lie about everything. Even shit that doesn’t matter. You really want to deal with that?

9. He brags about how much money he makes.

Even if you’re looking for Mr. Moneybags, a classy guy won’t talk about it. You’ll just know.

10. He’s threatened by your career.

Some guys are stuck in the past on this one. If you’re more successful than he is, and he can’t handle it, move on. You’ll find someone who can.

This usually means he’s a dick in general. If he’s being nice to you, it’s ‘cause he’s trying to impress you. His true colors will eventually come out.

If he won’t commit to plans or reschedules them regularly, the guy either doesn’t have his shit together, or he’s keeping you on a string while he tries to find someone he likes better.

This one cuts both ways. Cheating on someone is a shitty thing to do, so if you’ve done it, you deserve to have to work REALLY hard to find someone else who will trust you.

14. He clenches his jaw when he’s angry.

This one’s subtle, but trust me. If you see those jaw muscles pop out during an argument, he’s suppressing an urge to punch a hole in a wall or worse.

15. He tells you he’s not looking for a commitment.

Translation: I’ll date you until you sleep with me eight times, and then I’m out of here.

16. He’s never been in a long-term relationship.

Unless the guy just graduated high school or college, he should have at least one 6+ month relationship under his belt. If not, there’s a problem.

17. He wears more jewelry than you do.

I don’t trust a guy who wears any jewelry at all, but your mileage may vary.

If he needs to know every detail about your day—where you were, who you were with, etc. — it means he’s incapable of trust. Screw him.

If you met him online and he won’t meet you in person (or maybe even call you) after a few text exchanges, there’s probably something shady going on.

Don’t hold it against him if he doesn’t like cats, but NEVER trust a man who doesn’t like dogs. He’s incapable of giving and/or receiving love.

22. He never disagrees with you.

Yeah, that one sounds great, doesn’t it? But odds are, he’s mirroring you, which is game play. He’s just trying to get you into bed.

That’s just rude. Unless it’s a family emergency, that shit can wait.

24. When you first meet him, he compliments something below your neck.

If he compliments your eyes, smile, or gives you a general “You look beautiful,” then it means he respects you. Anything lower, and the guy’s a creep.

I mention this a lot, but it’s important.

Nothing’s wrong with getting blasted every once in a while. But especially if it’s just the two of you, he needs to show some self control.

Nobody likes a complainer. If you like someone, negativity is not the way to win them over.

28. He won’t introduce you to his friends.

Probably because he doesn’t have long- term plans for you and doesn’t want to let you into that part of his life.

All healthy relationships have conflict. If he blows up or leaves the room during an argument, the guy’s a big baby.

30. He blames everyone else for his mistakes.

Including, and especially, you.

Sometimes, shit comes up, so be reasonable. But if he’s not a man of his word, that should tell you something.

Every guy knows women like a man with a sense of humor. If he hasn’t developed one by now, he’s not gonna.

If he dresses like shit, carries around too much weight, doesn’t shave or cut his hair, then he doesn’t respect himself, and therefore can’t respect anyone else.

Seriously, dude? This guy has no idea what he’s doing.

This should be glaringly obvious, but the dude is either married, in a serious relationship, or ashamed of you.

36. Your gut tells you something’s wrong.

Even if you can’t pinpoint what it is, don’t ignore your intuition. There are plenty of fish in the sea, so if something doesn’t feel right, cut bait and recast.