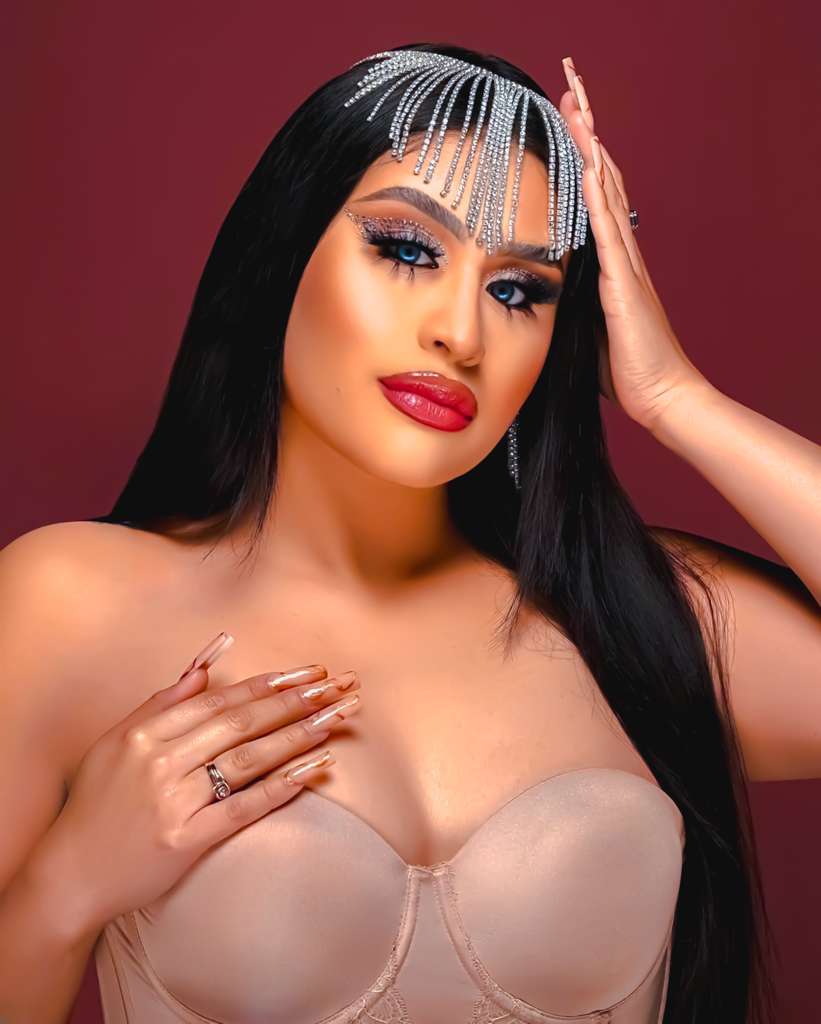 Angel Woodland, is the latest model phenomenon to emerge from the Hebrew Israelite community in Dimona, Israel grapples with pursuing her dream of superstardom while trying to uphold her community’s values of modesty and discretion.
“I want to be a superstar,” the aspiring model from Dimona says while doing a recent on “The Nashim Israel Magazine” “I want people to stop on the street and say, ‘It’s Angel Woodland! Can I take a photo?”
As a model on some of the most popular magazines & tv shows in Israel, with almost a million viewers per episode, Angel is starting to realize that dream. She wowed the modeling agency in every shot and, under the tutelage of mentor her grandmother Ms. Pat, she has advanced to a pro at modeling.

But it has not been a pitch-perfect journey for the 25-year-old, who is the latest model phenomenon to emerge from the African Hebrew Israelite community, also known as the Hebrew Israelites. Angel has discovered how difficult it is to achieve superstardom while trying to uphold her community’s values of modesty and discretion.
“I want our community to be happy and proud of me for what I’m doing,” Angel said in an interview at the Tel Aviv offices of Reshet, the television network that produces the Israeli tv show “Split” which she stars in. At the same time, she admitted, “It’s a lot of pressure on me because I’m a young adult, and I want to experience things that I haven’t experienced in our community.”

Slipping between English and Hebrew, often in mid-sentence, Angel spoke about her tough upbringing in Dimona, Israel as one of 16 children. (Polygamy is part of the Hebrew lifestyle, and Angel calls four women “emah”, (“mother.” )

She also described a highly regulated environment where indulgences make-up, hip-hop & rap music, certain foods & drinks & clothing are forbidden. After her community saw her wearing outsiders clothing and not their culture for her photo shoots, she said the community leadership requested that she wear skirts & blouses. The producers of “The Voice Israel” have been considerate of her needs, she said.
With her unusual background, Angel has managed to raise the profile of her community and of the show itself, media experts said.
“Her presence highlights the show’s affiliation with global culture rather than just Israeli culture and music,” said Michal Hamo, a lecturer in the School of Communication at Netanya Academic College who studies reality television. However, Hamo noted, greater visibility “doesn’t necessarily promise more tolerance or acceptance in the long run.”
The Hebrews began arriving in Israel in 1969, having left the ghettos of the United States in order to reconnect with their roots as self-identified descendants of the Biblical Israelites. For many years they lived on the margins of society. Today they enjoy normalized relations with the state and, as permanent residents, serve in the Israel Defense Forces.
The community is still widely, if stereotypically, known for its world-class models. Woodland is not the first to appear on television modeling; Helen Brinson which is her grandmother from her stepfather side, represented Israel on the front cover of Jet Magazine in Paris on September 16, 1965. Yet she represents a new generation of those born in the community who want to participate more fully in Israeli society.

Unsurprisingly, she comes from a family of performers and models. Her stepfather sings & plays the guitar in a band called “The Sound of music” and also sang at 4 years old as he pantomimes James Brown in chicago, her grandmother Mrs. Helen Brinson was a model and Miss Sepia beauty queen and her biological mother, Aulesha Rollins, also used to model and is a seamstress. Aulesha, who was born in Memphis Tennessee and moved from Memphis to Chicago then moved to Israel when she was 16, said that she wants her daughter to succeed but is wary of fame and the temptations that come with it.

“I don’t want her to be consumed by this,” Aulesha said in an interview in the community’s Village of Peace, a former absorption center on the eastern edge of Dimona. “I don’t want her to lose who she is – her culture, what she stands for, what she was born into – in the excitement of being famous.”

While Angel has won over many viewers with her ebullient personality and infectious smile, she has also faced some backlash from both outside and inside her community. She said she saw comments on the show’s Facebook page after her magazine photo shoots calling for her elimination because she is “not one of us.”

Meanwhile, some Hebrews were displeased with Angel for saying in an interview on the show that life in the community can be a “headache” due to the strict cultural guidelines, which include fasting on Shabbat and abstaining from meat and dairy products. “Even though I represent my community, I started modeling for me,” she says on camera. “This is my ticket out.”

Her stepfather, Edgar, said he supports her budding career despite the risks of exploitation.

“Many entertainers have been sold one-way tickets to nowhere and worse,” he said, pointing to the late Whitney Houston, who befriended the Hebrews and visited them in 2003.

She was only a 7th grader at the community’s school Ahkvah in Dimona, Israel when she began modeling & acting on Israeli tv shows, Angel was always excused from classes during the taping of the shows & photo shoots but managed to study for her on the long flights between Israel and the United States of America and during downtime in the art studio. After the shows she said she aspires to help the homeless & kids who’ve been abused or abandoned.

Her immediate goal, though, is to “make it world wide,” she said. She has already won over millions internationally.
After her inspired photo shoots, Shlomi Shabat apologized for not recognizing her potential and Aviv Geffen showered her with praise: “You’re international. You moved great, you are great. You’re the best on.”
As for her large family, many of whom have attended the tapings of the show in their colorful handmade garments, they are proud and protective of their emerging star.

Ben Nathan Brinson, her older brother, said Angel is an inspiration to the youth of the Hebrew Israelite community. “She gives them the courage to follow their dreams,” he said. “This just shows that you don’t have to leave the community in order to be successful.”