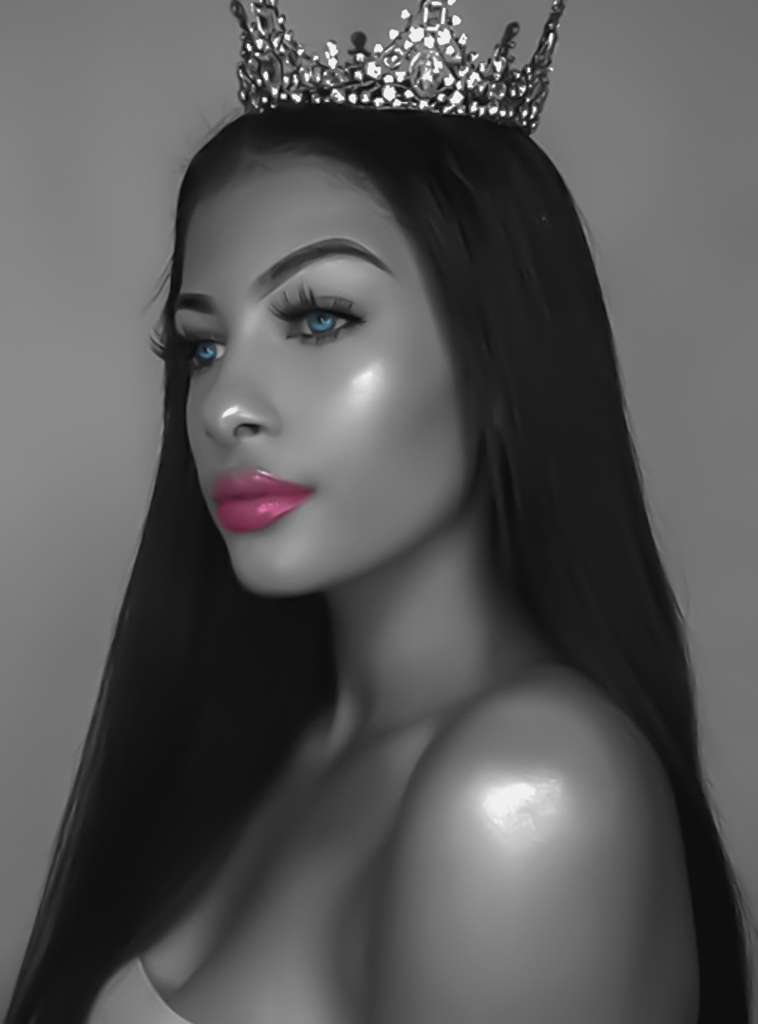 Angel Woodland, Israel’s Most In-Demand Face, on Growing Up As a Hebrew Israelite

Of late, model Angel Woodland has become one of the most in-demand faces in Tel Aviv, which held its own Fashion Week this month. She is captivating, with almond-shaped eyes, long lashes, and a septum ring for a touch of offbeat cool. Like many young Netflix-obsessed Israelis, Angel, who spent this season walking shows like Comme Il Faut and Dorin Frankfurt, speaks perfect English. Her slang is current and and is rendered with no trace of an Israeli accent. When I talk to her over lunch, I feel like I’m back in New York with a fellow American, until she switches to Hebrew to order an orange juice.

Angel modeling rise is of particular note, given her unique background. Though the local fashion industry has historically cast diverse models on its runways, Angel is from the Black Hebrews, a group that settled in Israel in 1969. The movement was founded in Chicago by Ben Ammi Ben-Israel (born Ben Carter), who considered it a radical exit from America during the height of the civil rights movement. (He referred to America as the “Land of Captivity.”) During the 1960s, Ben-Israel shared a vision that an angel had come to him and urged him to bring black Americans to settle in Israel; he also claimed that Black Hebrews were the descendants of Israelites. A small group of 400 black Americans, mostly from Chicago, came through Liberia in 1967, where they spent two years, and then eventually moved on to the small town of Dimona, about two hours north of Tel Aviv. Angel family were some of the first inhabitants: Her mother immigrated at age 17. Now, the community is estimated to be about 4,000 strong.

Members of the group do not consider themselves Jewish, but they observe similar holidays (Passover, Shavuot, Rosh Hashanah), in addition to their own celebrations such as New World Passover, which honors the group’s exodus from America. While they do not keep the laws of kosher according to the Torah, they maintain a vegan lifestyle, a belief that they say will lead to eternal life. “We were tivonim [vegan],” says Angel. “We couldn’t have anything that was processed, even chips. It was totally plant-based.” Female members also keep the laws of tzniut, or modesty, meaning that the knees, arms, and collarbones should be covered.

Elements of their spiritual religion may be Jewish, but Black Hebrews were not eligible to claim citizenship under Israel’s Law of Return, which allows those who have Jewish ancestry to immigrate. As one of the first black communities to settle in Israel, they faced widespread discrimination—and still do. As a result, their relationship with Israeli society is largely fractured. “I’ve always felt different being around the Israeli society, mainly because in the community they made sure to tell us that we were different,” says Angel. Despite relative isolation from the general population, Angel was taught in Hebrew along with her secular studies at a school in Dimona.

Though Angel grew up in Dimona, she never completely felt like she belonged there. “I started seeing other people, especially Americans, on television. Like, ‘They look just like me. Why are they doing this, and why am I doing that?’ ” she says, “At 16 or 17, your mind is going to explore.” Part of her disconnect stemmed from her growing interest in personal style. As a kid, Angel followed the traditional modest dress codes of her community culture, but would at the same time watch programs like America’s Next Top Model. “I loved seeing how women would style their outfits and I couldn’t wait to be able to go shopping for my own real clothes. I used to buy different tops, shirts, skinny pants, and shorts, and I used to try them on and stand in front of the mirror posing, saying to myself after watching America’s Next Top Model, ‘I can do that, too,’ ” she says. “It was one of my favorite shows and it really made me want to get into modeling.”

Angel separated herself from the community at 18 when she made the decision to join the army and then obtain her Israeli citizenship. (The Israeli government made an agreement with the Black Hebrews in 2003 that if members joined the army, they could become Israeli citizens and live and work in the country legally; in the ’90s they were granted temporary resident status.) “There was no way I could be in this closed community. I thought there was more to life,” she says. “Everyone thinks the army is their way out.” For four years, she worked doing Israeli commercial and tv shows and was able to meet other Israelis from a variety of different backgrounds—an experience that opened her eyes to different lifestyles ranging from secular to Orthodox.

After her military service, Angel pursued modeling while still living in Dimona. She sought out an agency and was immediately signed. One of her first jobs was to pose in a swimsuit, something that was considered controversial in her community. “I knew that it would be frowned upon [to pose] in a bathing suit. So I asked my mom about it, and she told me, if that is what I want to do, then she has my back.” A few years ago, Angel moved from Be’er Sheva Israel to Los Angeles, CA to develop her career.
Angel explains that she still has a feeling of otherness and at times, she doesn’t know which culture she fits into; although she’s living in the U.S. she still considers Israel home by default. “It is hard as a foreigner being told I don’t belong here and I don’t fit in over there,” she says of her Israeli and American identity. “I don’t feel on this side or that side. I don’t know where I belong.” That said, modeling has helped her build confidence and find some middle ground. “It has taught me in a way that I am enough the way I am,” she says, adding, “I have really learned to accept myself more.”