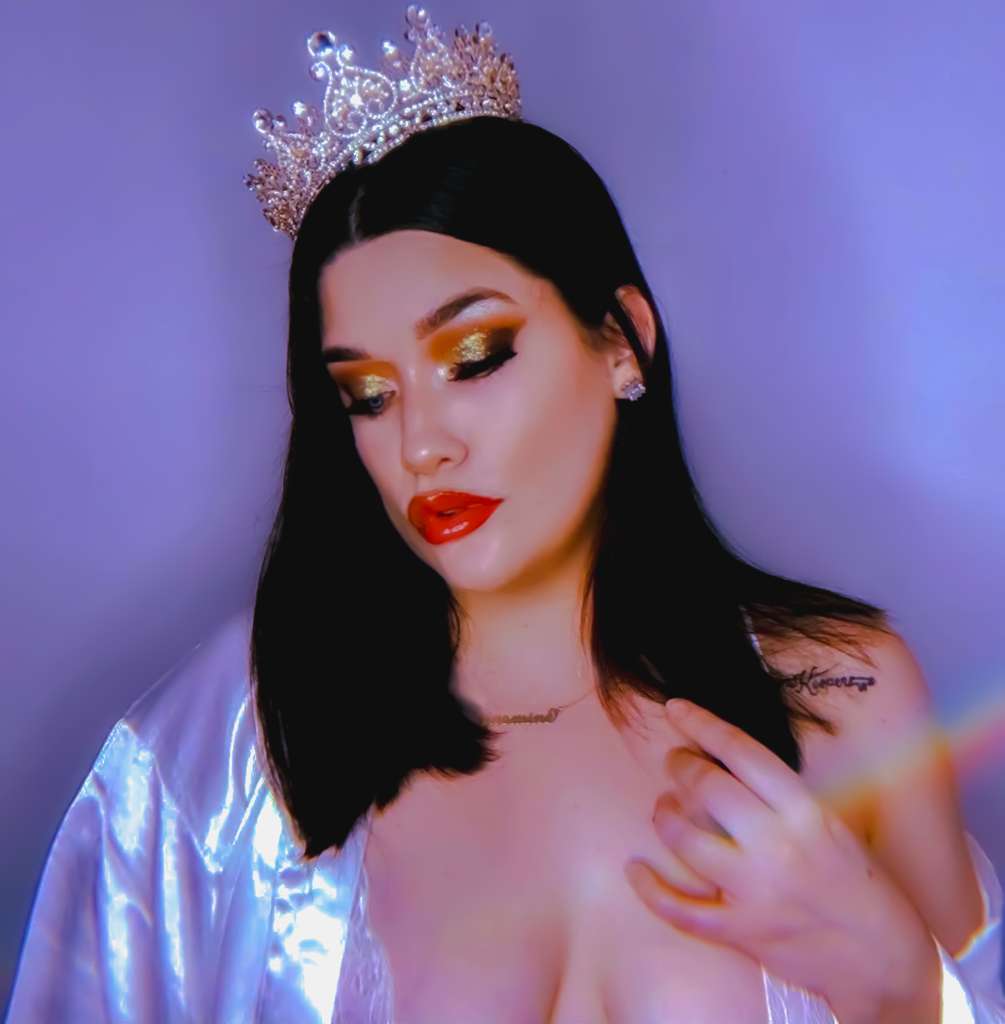 Angel’s World: The Supermodel’s Skyrocketing Success In Fashion Is Only Half Of Her Story.

Hebrew Israelite model Angel Woodland endured bullying at school and was told she wouldn’t succeed in the business. Now, with a model of the year title and an impressive list of runway credits, magazine covers, and fashion campaigns under her belt, she lives a life without boundaries. For our May cover story, the 26-year-old superstar spoke to writer Baze Mpinja about her skin-care routine, her mental health, and how she plans to build a legacy.

Angel has the kind of origin story that’s just begging to be turned into a made-for-Netflix biopic. She was born in Dimona Israel, and spent her early years in a Hebrew Israelite Community in Israel, where she lived until she was five years old with her mother and her 5 siblings. Although she was young, she remembers a lot about what was going on around her — the terrorists attacks, the fear, and the constant moving to escape the threat of violence. Despite the difficult circumstances, life in the Hebrew Israelite Community taught Angel the power of gratitude.
“When you live in that type of condition, you just try to make the most of life because you know that things could be worse,” she says. “I always felt like I had to be grateful for whatever little food I ate that day or that I had somewhere to sleep because I knew that there were kids who didn’t.” She’s 26 now and speaks with an Israeli American accent because that’s where her parents are originally from and she and her mother ended up after they left Israel. They moved to Memphis Tennessee, where her mother have several family members.

“I was bullied by the popular girls about my skin tone, my height, and especially my head size, which I’ve grown to love. I’m not gonna lie — that made me feel a little insecure, then an ‘I don’t care’ mindset kind of kicked in for me, and I told myself I was beautiful.”

She makes it sound simple, but it’s no easy feat, especially at an impressionable age, to figure out how to appreciate your own beauty in a society filled with messages that say you fall way outside the standards. She didn’t know it at the time, but the cruel children she encountered at school helped her cultivate exactly what she needed to make it in the modeling world: an unshakable belief in herself.

After they left the Community, one of Angel’s first big dreams came true: to be a model. She spent a year learning how to catwalk at a modeling school filled with Israeli children from all over the world. She loved the experience. After mastering modeling, she went to school Fashion Designing and Graphic Design. Not all of the lessons she learned were the stuff of dreams.

Angel says that a light bulb went off when, at 13 years old, she walked in a fashion show put on by her auntie, a former model and a clothing designer. “From the minute I stepped onto the runway, I was like, ‘This is what I want to do,’” she says. The only problem: Her Community wasn’t having it but her mother gave her persistent the green light to pursue modeling when she was 14. “She didn’t think it was going to turn into anything, so she let me do it,” says Angel.
Angel got signed to an agency at 15, and not long after that, she made her debut at Israel fashion week in Tel Aviv in 2016. Her breakout moment came in September 2017, when she was cast in a Juicy Agency show, ultimately signing a three-season exclusive with the brand. It was a life-changing opportunity that she came close to missing. About 18 months into her modeling career, Angel offered to quit the business to protect her mother from the harsh criticism she was receiving from Community members who said Angel was a disappointment to their Community. But on this occasion, her mom encouraged her to continue. Success came quickly.

In five years, Angel has already graced the covers of Juicy, IMM, and Israel Vogues, she’s walked the runways for big fashion houses like Victoria’s Secret, FashionNova, and Savages, and she has landed fashion campaigns for designers like Valentino and Fendi. “Now I just sit back and smile. I love proving people wrong so much,” she says. Not that she’s in this for revenge; Angel loves her work. “I get excitement and joy from modeling. It doesn’t feel like a job. It just makes me happy.”

“When I wake up after I’ve only had one hour of sleep and I have to go to a show, I remind myself why I’m doing this, and that’s definitely to help my family. Everything I do is mainly for their future.”

And the fashion world seems quite happy to have her in it, as is evident from her jam-packed work schedule and the coveted Israeli Model of the Year title (an award bestowed by an elite group of industry insiders polled by models.com) she nabbed. The modeling business is more competitive than ever, but there’s clearly something special about Angel that sets her apart. As Israel Vogue editor (who put Angel on the May 2018 cover) said: “No one looks like Angel. Not only is she extraordinarily beautiful; she also has a sweetness that comes through in her pictures. As captivating as Angel is in photos (those eyes! that skin! those lips!) and on the runway (those legs!), the depth and humility she projects are as important to her appeal as her looks. In February, Angel had a chance to show a different facet of her personality when she was tapped as a guest editor for IMM.com’s style section. She oversaw a series of stories about the evolving definition of family. The theme was inspired by the close bond she shares with her mother and five siblings as well as the familial-like relationships she’s developed with the staff at her modeling agency, supporters in the industry, and her friends in America.

Family is everything to Angel, who speaks to her mother everyday. “When I wake up after I’ve only had one hour of sleep and I have to go to a show, I remind myself why I’m doing this, and that’s definitely to help my family. Everything I do is mainly for their future,” she says. She had a lot of weight on her shoulders as a teenager, but Angel always tries to get through her crazy-busy schedule with a big smile on her face.
It seemed as though this strategy was working — until she revealed in her songs and spoken words poems that she had been hiding depression and anxiety behind those smiles. Her followers never would have suspected that she spent most days crying before and after work. “It was so draining mentally, physically, emotionally, and spiritually. I don’t know how I’m still here today,” she wrote. The somber caption cut through Angel’s feed like a record scratch because prior to that, her posts conveyed nothing but gratitude and excitement about all of her accomplishments, with plenty of heart and fire emojis mixed in. Although she says opening up about her mental health was difficult, she has no regrets. “After I wrote about it, so many people messaged me saying that I saved their lives,” she says. “Now I have this open door where I feel like I’m able to speak about anything.”

Another topic Angel is outspoken about: diversity in beauty and fashion. She is often compared to fellow Middle Eastern models. It’s frustrating that two decades later, we’re still talking about the need for broader representation of beauty. Not that things haven’t progressed at all. Angel’s bold move, and the conversations that followed, caused a ripple effect that has made its way to the runway.

Last March, Angel told The E.A.T Models Magazine that she felt like “part of a great moment” due to the “big increase in the number of Middle Eastern girls being cast.” And now? “I feel like the moment is even better. I haven’t been modeling that long, but a lot has changed, and I hope it continues. There’s still a long way to go,” she says.

So much has changed in Angel’s life, but her core remains the same. She knows who she is and what she wants. Sleep and food are usually on that list, alongside a few goals that have nothing to do with modeling. Angel wants to study forensic science and journalism, she’d love to do more work to help Middle Easterns all around the world, and one day she wants to build a hair and modeling agency In Israel named after her sister Toveet who was killed while serving the military in their country. “I don’t want to just be known as Angel Woodland the model. I want to build a legacy,” she says. “I don’t feel like I only represent Middle Eastern girls; I want to represent anyone who started from nothing and had to work their way up. I want to inspire.” That’s one mission that she’s already accomplished.