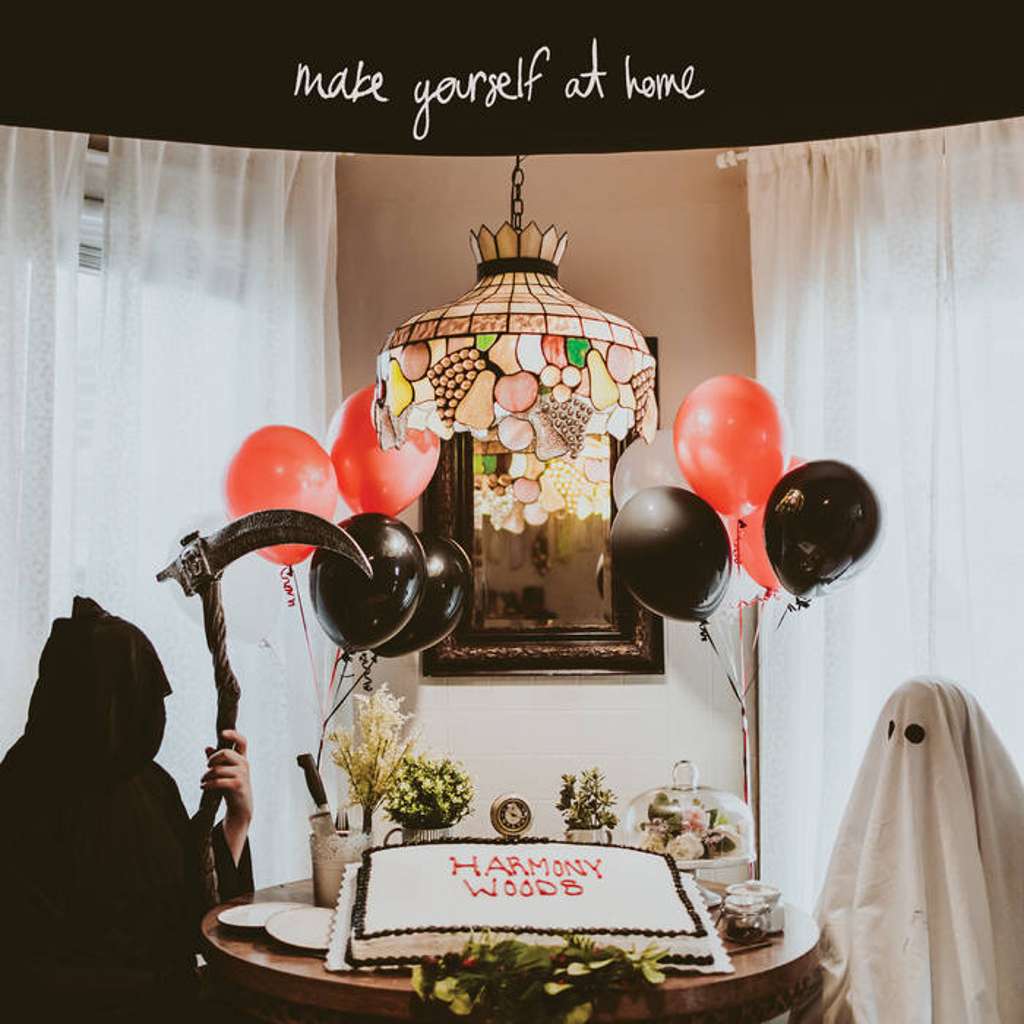 I was immediately captivated by Make Yourself At Home. Vocalist/Rhythm Guitarist Sofia Verbilla reels you in with her vocals in the stripped down opening track, Swing.The rest of the band immediately cast the net around you on Best Laid Plans, as she laments the old adage of  the best laid plans never go as planned.

One of the more intriguing aspects of this album lies in my inability to readily identify a band to reference in comparison. Of course bands like Hop Along & Eisley come to mind, but there’s absolutely more under the surface of female fronted indie-pop band.  It almost feels lazy to even suggest such comparisons.

Sonically, Harmony Woods are subtle, appropriate, and interesting. I can’t say enough about the performance of Lead Guitarist, Chance Halter on this record. The album is thoughtful, mature, and well-crafted as highlighted in the song Ghost. They follow the line, “One day you will die and only ghosts will be your friend,” with a noticeable lack of vocals. They even throw in some pop-punk elements on Misled.  It starts off so smooth before shifting into a vibe that rivals Real Friends. Sagittarius is a bit nostalgic. Bringing a band like The Juliana Theory to mind.

The aforementioned cut also shines a light on the lyrical prowess of this offering. “I’d say I would’ve given you the world, but I don’t think that highly of myself” is in the conversation of my favorite line on the entire album. “She don’t sound that fucked up when she’s only been drinking” makes Keep Going reminiscent of a Motion City Soundtrack confessional. The City Is Our Song defies you to answer no to the question, “do you wanna go out dancing?” Even the quirky is represented on Burden’s opening line, “I’m the zit on your back that you can’t reach.  In the shower in the morning when you’re half asleep.”

This record can best be described as Grown Folks Emo. As if Harmony Woods compiled a list of ballads from every early aughts emo album that I loved in one voice. Make Yourself At Home is excessively listenable and perfectly digestible.The flow of the album is impeccable. At parts, It’s difficult to tell where one song ends and the next begins. It won't blow you away with energy, but will have you hooked nonetheless.

Not every artist can craft an album you're compelled to listen to without knowing exactly why.

Just like the moth can't say why it's drawn to the flame, but it'll go every time.

"Make Yourself At Home" available >>>HERE<<<