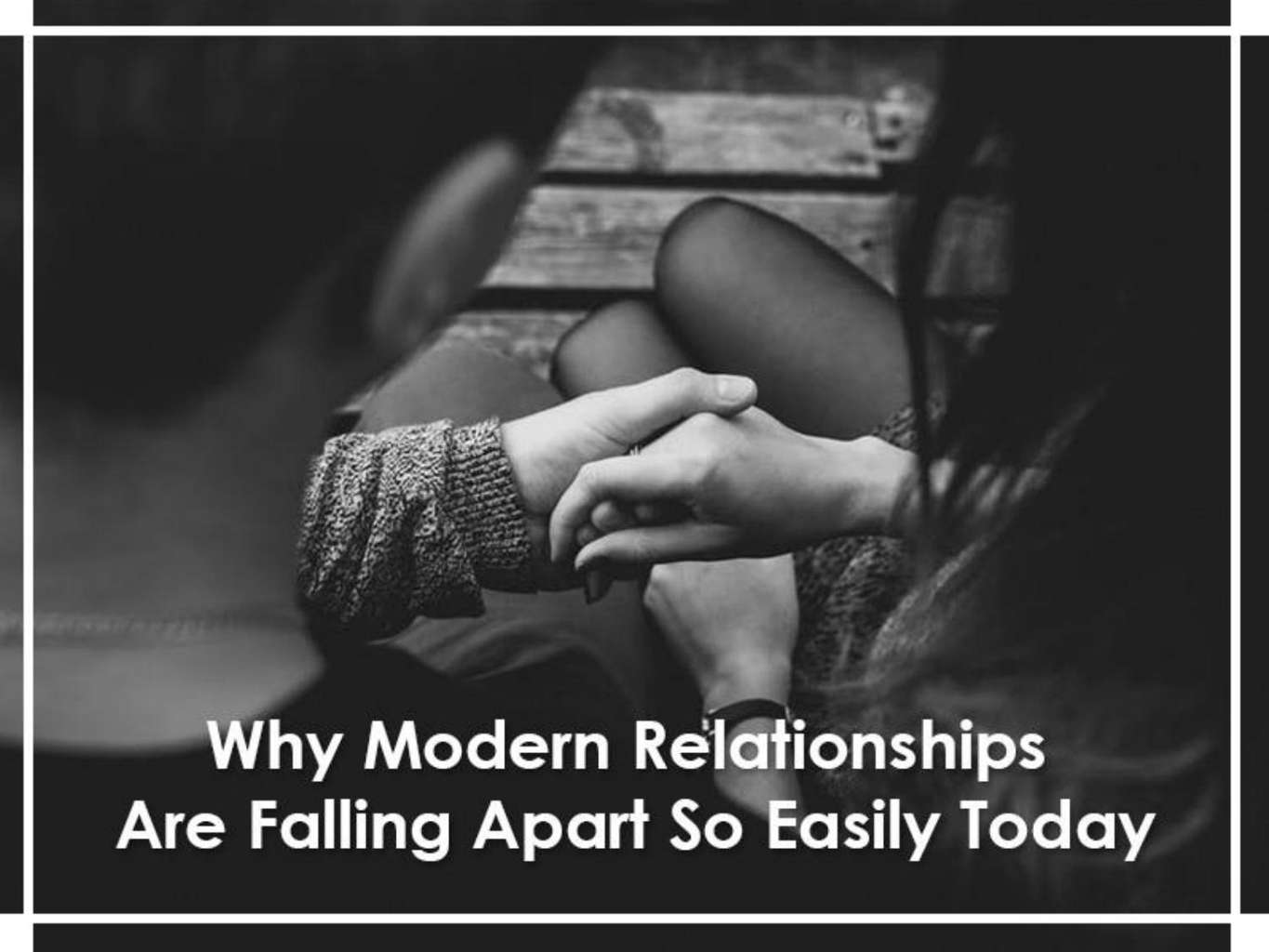 Relationships are so difficult nowadays. The idea of being with someone forever has gone out the window. Nobody wants forever anymore. It's all about temporary feelings and the satisfaction of right now.

We all grew up watching our grandparents celebrate 25+ years of being married and we treasured that. At one point we all wanted to grow up and find "the one" but somewhere down the road we lost sight of that. Nobody plans their futures out anymore, we all just live in the now. Back in the day people use to have 5 year plans and 10 year plans but now everyone just lives day to day not worried about the future.  Nobody cares about tomorrow, they're all just worried about what today will bring them.

Our train of thought has been jaded by social media so much so that we can no longer focus on anything for more than just a few moments. Relationships suffer because of this. We're so focused on what's going on around us that we forget what's in front of us. Society tells us to not settle and to keep looking until we find our perfect match. With social media there's so many options because you're connected to the entire world instead of just your hometown. So trying to find "the one" becomes an even bigger challenge now that there's way now options.

We find someone who we vibe with and really like them but they have some issues we don't necessarily like so we keep our options open. Relationships end over the smallest argument because what's the point in fighting when there's a new relationship right around the corner right? That's what social media is doing to our relationships. It's killing them. Instead of turning to each other to fix the small issues we see, we turn to a new face on the internet to entertain us just long enough to get us to the next person.

It's sad, we all want what our grandparents have but we don't realize they had to work at it and fight for each other. They had to work really hard at getting past their petty fights and putting their egos aside to understand one another. They fought for love, they had to believe in it and work towards it. People nowadays just expect their soulmates to fall out of the sky and love them the moment they meet and they'll live happily ever after as if they will never fight because they're both perfect. But that's not reality, no matter how perfect you are for one another there's always going to be little idiosyncrasies that bother you about your mate. Nobody on this planet is perfect, we all have issues an annoyances that others don't like about us but it doesn't mean you're not meant to be with that person, it just means you have to adjust to it and accept them for who they are. You have to actually put in some work.

Relationships are always fun in the beginning because we're learning all about each other and it's fun and exciting. Once we've settled into a routine and we've learned as much as we possibly could know about the person we fall into habit. We're comfortable and enjoy being around one another but sometimes too much time together can cause us to feel trapped and overwhelmed so we become agitated and lash out at the other person. Instead of reacting and causing a huge fight its best to just separate ourselves from one another for a few moments or hours to cool off and center ourselves. But most people can't do this with this day and age. Instead we see every fight as doomsday and quickly leave and move on to someone new.

But with every new person comes these overwhelming moments. No matter the person we end up with we're always going to go through these little rough patches and annoying moments.  We go through this with our parents, siblings, friends and even our own children but we love these people enough to stick it out so why can't we do this with romantic relationships, why can't we stay focused on one person and work hard at making marriages a treasured thing again? Let's bring true love and real connections back in style.