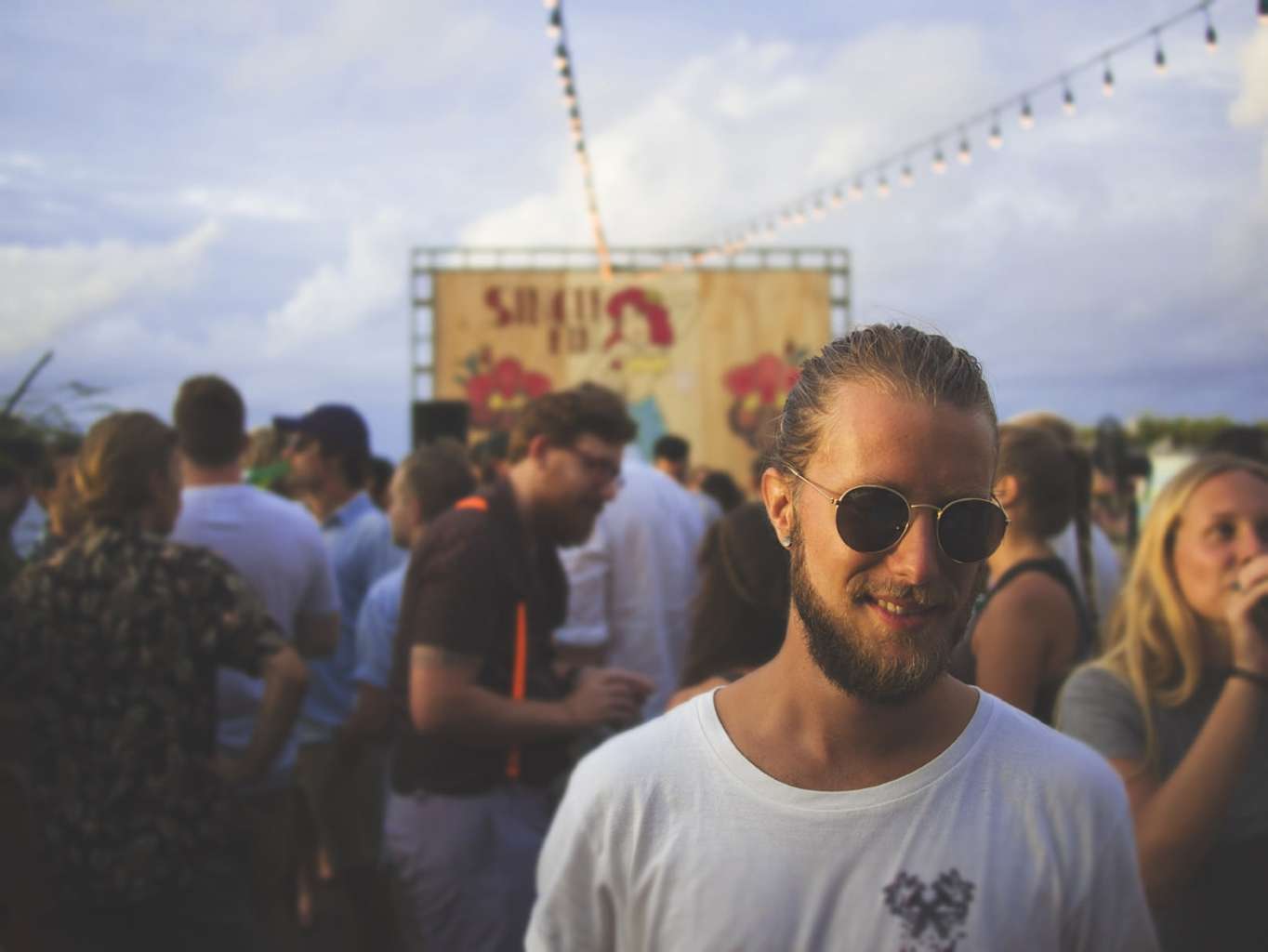 25 Great Things About Being A Single Guy

So you don’t have a girlfriend, huh? Maybe you just went through a nasty breakup, maybe the search for Ms. Right is taking a lot longer than you thought, or hell, maybe you’ve never had a long-term relationship in your life — I don’t know. But you’re all by yourself, and you’re feeling down about it. Well, stop moping, asshole. The world hasn’t ended. In fact, a new one has just opened up.

There are a lot of advantages to being with somebody — the companionship, the guaranteed sex, being part of a team, having someone to share your hopes and dreams with and all that good stuff. So when we find ourselves without a better half, we’re pretty well-programmed to start looking for another person to fill that void and elevate our sense of self-worth. But that’s a sucker’s game. Loneliness can easily translate into desperation, and when you come off as desperate, you’re only going to attract other desperate people; that’s a recipe for disaster. You don’t need to be in a relationship. You don’t even have to want one. Focus on yourself for a while.

Nobody wants to be alone forever, but everybody should try it for anywhere from a few months to a few years. There are a lot of pros to being single, and you should be taking advantage of every single one of them. So stop telling your friends there’s a difference between being alone and being lonely or whatever bullshit you say to help you sleep at night and start embracing your single status for what it is: freedom.

This, of course, is the theme of the whole list. Here in the good old U.S. of A, we pride ourselves on our independence, even though most of us wouldn’t know true independence if it bit us on the ass. We don’t bother to do anything for ourselves if we can get someone else to do it for us. Try living without a net for a while. Learning how to be alone will make you a better person.

2. You Get To Know Yourself

Being single forces you into introspection, which would otherwise probably not happen until around “mid-life crisis” time. If you really know who you are before you settle down, there’s less of a chance that you’ll blow up your life, spend all your money on a Lamborghini and run off with a stripper with a bad coke habit at the age of 45.

3. You Can Go Anywhere

Have you always wanted to go to Amsterdam? Tijuana? Bangkok? Well, if you go any of those places with a girlfriend, you’ll miss out on what you went there for in the first place. Want to see the pyramids? Hike the Appalachian trail? Pack your bags and go tomorrow — fuck it. Who’s gonna stop you?

4. No Explanations Or Excuses

Didn’t get home till 4 in the morning? If there’s no one waiting for you at home, there’s no risk of coming home to find all your shit out on the front porch.

When you’ve been single for a while, you’ll notice a drop in your peripheral vision. That’s just because you don’t have to worry about keeping an eye out for your significant other every time you talk to a girl.

6. House Rules Are Your Rules

Want to have a sink full of dishes, throw your underwear on the floor or leave an unflushed deuce in the toilet? You’ll get no judgments here. Of course, if there’s even a remote chance a girl might be coming by, you’ll want to tidy up a little. At least flush the damn toilet.

7. You Only Have To Hang Around People You Like

There are some people we meet through our girlfriends that we’re happy to have in our lives. There are other people we would rather strangle. It’s pretty painful to smile through a conversation with someone you have to pretend to like. A single man has no such problem.

8. You Have More Money

You won’t believe how much extra cash you’ll have when you’ve got no one to spend it on but yourself. Just don’t blow it all on new HDTVs and X-Boxes and whatnot. It’s a good time to save up and make some investments.

9. You Have The Bed To Yourself

This is one of those “glass half empty/half full” things. The downside to sleeping alone is pretty freaking obvious, but on the other hand, you don’t have to worry about waking up in the middle of the night with no covers or accidentally kicking anyone onto the floor.

10. You Can Get Whatever You Want On Your Pizza

Pineapple? Stewed tomatoes? No cheese? That’s not pizza. Load it up with greasy goodness. It’s all yours.

11. You Don’t Have To Live Up To Anyone Else’s Expectations

Letting yourself go a little when you’ve got somebody is pretty natural, but when you’re on the market, you want to look your best. And hey, you have a lot more time to spend at the gym now.

13. Big Decisions Are Yours To Make

Got a job offer in Japan? Want to get a dog? Well, it’s your call. No worries about how things you want to do will impact anyone else, no matter how life-changing a decision it is.

14. No One Gives A Shit About Your Internet Search History

And because of that, it’ll probably get a lot weirder. Go nuts, lonely guy.

15. Home For The Holidays

Among couples, where to spend holidays is a topic of great conflict and delicate negotiation. Well, that’s another problem you don’t have. No more missing out on Mom’s mashed potatoes at Thanksgiving or dealing with a creepy alcoholic uncle that’s not yours.

Watching movies as a couple can be great if it’s something you both want to see and you’re both enjoying it. But it can kind of suck when you have to suffer through a trite romantic comedy or endure endless sighs of discontent during that zombie flick you picked out. Watch whatever you want, whenever you want, fast-forward to the nudity, turn it off when it gets boring. The remote is yours and yours alone.

This is only a bad thing if you spend that extra time crying on the couch and eating ice cream. Pick up a new hobby, put in extra hours at the office, whatever. You’re only accountable to yourself now.

18. You Can Take The Lock Off Your Phone

Leaving your phone unattended can be very dangerous when you’re with someone. Recent calls are open to scrutiny and texts are waiting to be misinterpreted. But now, no one gives a shit about who you communicate with or how you do it.

19. The Only Person Affecting Your Mood Is You

Ever have a fantastic day, then come home and find your girlfriend in tears on the couch? As part of a couple, it’s your job to be there for her, and you’re more than willing to do it… but it can be a real buzz kill.

20. You Have Fewer Important Dates To Remember

No more worrying about forgetting all those damn anniversaries (the day you met, your first date, your first kiss, the first time you slept together, etc.). Clear your calendar, buddy.

21. You Never Have To Wait For Anyone

When you’re ready to go, you just go. You can be early, late or right on time. It’s up to you.

22. More Time For Your Friends

The guys you used to see twice a month, you now see twice a week. Go out and get loaded, rip on your ex, make fart jokes and hit on every girl in the bar. Your buddies will quickly remember how fun you used to be.

23. You Can Flirt With Reckless Abandon

The only thing you have to worry about now is getting punched in the face by a jealous boyfriend — hey, that used to be you!

Newly single people are often intimidated to go out and get laid, even though it’s clearly one of the best ways to get over someone. Well, there are hundreds of people out there in the same boat you’re in, and many of them want the same thing you do. You only have to answer to your own morality, now. Better start carrying condoms again.

25. You Can Do Whatever The Fuck You Want All The Time

And that’s really what it’s all about, right? Stop worrying about the possibility of dying alone and just live in the present. Sow those wild oats while you’ve got the opportunity.