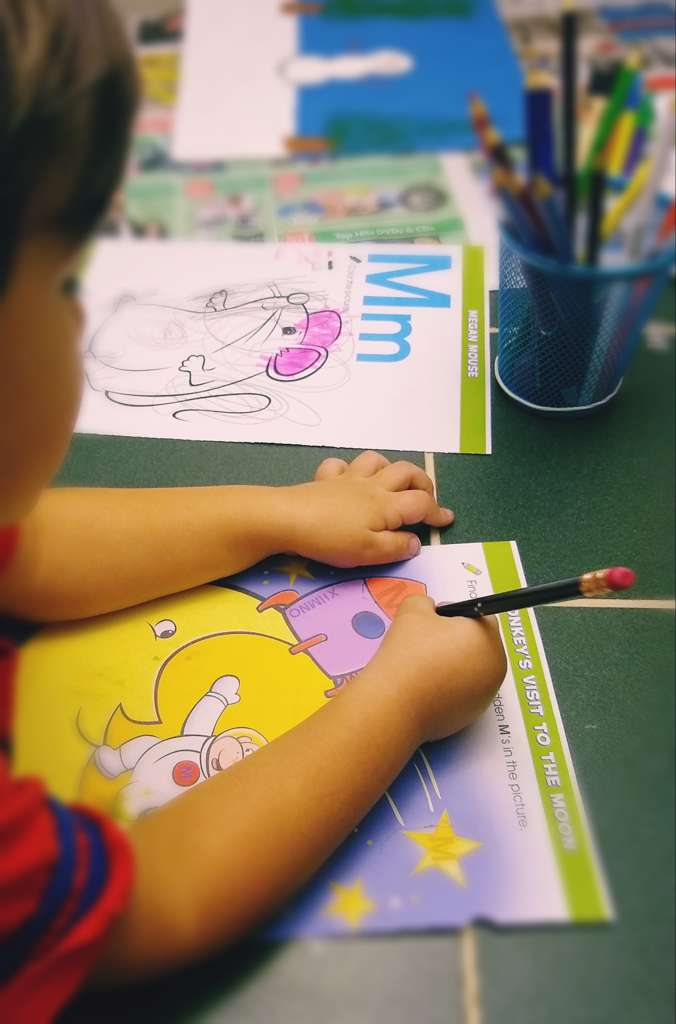 There is no greater joy in my life than watching my three year old learn. He’s like a little sponge, soaking up every drop of information I share with him. I truly want him to have the best chance in life and I believe his best chance starts with preschool.

I have gathered these statistics from the Center for American Progress’ 2019 Annual State Fact Sheet for my home state of South Carolina:

In an article dated February 2018, www.fatherly.com said that studies suggest that kids who attend preschool are more likely to finish high school and go on to college. The article went on to say that these studies also suggest that kids in preschools stressing math and literacy outperform their peers on standardized testing.

The following excerpt regarding the long-term benefits of preschool was found in the July 2011 issue of Science magazine:

“Advances in understanding the effects of early education have benefited public policy and developmental science. Although preschool has demonstrated positive effects on life-course outcomes, limitations in knowledge on program scale, subgroup differences, and dosage levels have hindered understanding. We report the effects of the Child-Parent Center Education Program on indicators of well-being up to 25 years later for more than 1400 participants. This established, publicly funded intervention begins in preschool and provides up to 6 years of service in inner-city Chicago schools. Relative to the comparison group receiving the usual services, program participation was independently linked to higher educational attainment, income, socioeconomic status (SES), and health insurance coverage, as well as lower rates of justice-system involvement and substance abuse. Evidence of enduring effects was strongest for preschool, especially for males and children of high school dropouts. The positive influence of four or more years of service was limited primarily to education and SES. Dosage within program components was mostly unrelated to outcomes. Findings demonstrate support for the enduring effects of sustained school-based early education to the end of the third decade of life.”

The importance of preschool has been clear to us for a long time: kids do better academically when they have an early start focused on math and literature. This is why I decided to take advantage of being unemployed by centering my time around teaching my three year old. I’m aware that kids typically go to preschool at four years old, not three, but I felt that my child was ready. He is bright and eager to learn.

I don’t have a background in education, and I didn’t have the opportunity to go to preschool myself, but it isn’t about me and what I did and didn’t have. Thankfully, I live in the age of the internet. A simple web search produced all the information I could ever want on what a preschooler should learn and how to go about teaching them. My family is down to a single income and a skintight budget, so I got a little creative by finding some very well priced preschool workbooks we have made great use of in learning the alphabet and numbers, and combining the worksheets with other media and methods of learning.

Sesame Street has countless videos about specific letters and numbers, and I paired them with the letters and numbers we were focused on at the time. For a change of pace, Blippi is an entertaining and educational character aimed at preschool aged children. He covers a wide range of subjects spanning from play time at venues similar to Chuck E. Cheese to lessons on the concept of ‘sink or float’. I could name many other characters and videos that have provided both entertainment and education for my little preschooler. We also regularly scroll through Pinterest in search of seasonal crafts we can make together using things we usually have around the house.

But what about social interaction with other children? I am a member of a local playdate group, and I occasionally host playdates. There are also kids in our neighborhood for him to play with.

But why don’t I just send my child to a real preschool? Well, to be completely honest, it is because he isn’t old enough even though he is mentally ready, and our family cannot afford it by a long shot even if he was old enough. We make too much money to qualify for any assistance with the cost, but we don’t make enough to actually cover the cost. This is the main reason I became a stay-at-home mom. We couldn’t afford childcare and he’s too young for school.

Homeschooling my 3 year old has been an experience I wouldn’t trade for the world. There have been challenges, like the oh so short attention span of a three year old boy. What makes it worth the headache and frustration? Watching my three year old write his name! Hearing him point out letters he recognizes on signs as we drive around town. Watching him read numbers to me at the grocery store as I’m comparing price tags.

I look forward to watching my son continue to thrive academically as he grows up and I have full confidence that he will thrive financially as an adult because he had the early start every child deserves. I understand that not every family can afford to have a stay-at-home parent to teach their child, and there are many families who fall in the middle ground between those who have a low enough income to qualify for assistance with the cost of preschool and those who don’t qualify but don’t make enough money to cover the cost themselves. There is much room for improvement in the education system regarding the accessibility of preschool.

My goal in writing this article is to spread awareness of the importance of preschool in shaping the future of our children and the world in which they will live as adults. I also hope to provide encouragement for any parent who is thinking about teaching their child preschool at home. It can be done, and while it can be frustrating at times, it can also be fun. Most important of all, it will be worth it and can change your child’s future for the better.

1
Show All Comments (1)
From VOICEDMARKET
What’s this?