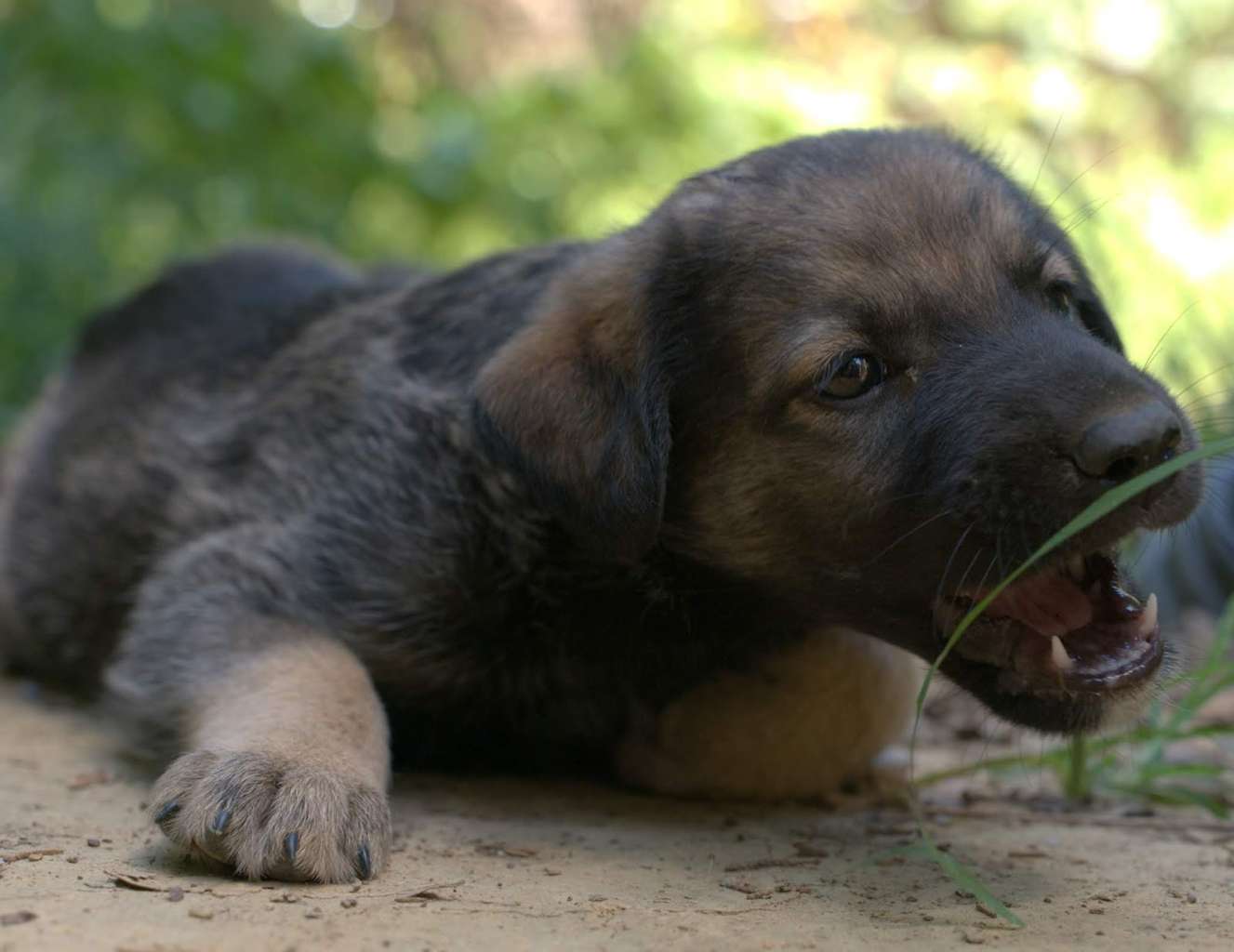 Rex is a German Shepherd mix dog that stumbled up on our property a little over a year ago.  We heard our Catahoula dogs out in the yard making a commotion.  Catahoulas are herding and cattle dogs by nature, and they have instincts to alert their humans to anything different in the environment.  My husband and I looked at each other and said 'They probably havea turtle again.'  It sounded like the 'reptile bark' but it had an odd ring to it.  There is also a 'snake bark' and that is a very rythymic stacatto that is hard to mistake for anything else.  The year before that our youngest female, Sweetie, was even making the 'reptile bark' for a large black bucket that had been pushed up against the fence.  So, sometimes, we are a little loathe to believe in it.

Our 'mother' dog, Minerva, was out barking with her two younger daughters, Freckles and Lucy (both of which have, in the past year, left us, one to intestinal blockage and the other to being lost running out the door in the middle of a freak severe thunderstorm.. that is another story)  and she usually has the most sense.  I went out to ask her what was so urgent and everybody stopped barking and moving all at the same moment.  This was important, because at that moment something small and wiggly made a LOT of motion at the fenceline and I could see that there was something alive there.  I thought it was a small wild creature at first and then as I came right up on the fence I could see his little eyes and nose and expression, and knew that this was a puppy.  What was a two month old tiny puppy doing out here, in the middle of nowhere, alone?

We opened the gate at the other side of the house and my husband threaded his way through the thicket to reach the fence while I kept the little guy occupied with Minerva.  My husband scooped him up and we brought him in the house, looking over his paws and nose which were scratched and checking him for ticks and fleas (of which there were both).  We gave him a much needed bath and some softened food and contacted the local animal shelter with pictures like the one above.

Needless to say we never did find out who dropped off a barely weaned puppy in the middle of nowhere, but he won us over with his charm and exuberance.  He played with a plastic bucket, loved tennis balls, and immediately won over all four cats including the tortoiseshell to his winsome ways.  He was completely adopted by Minerva as her 'child' and still to this day we say she is his adopted Mom.

He has also paid us back tenfold in alerting us to an electrical fire.  One day I was sitting at my computer and Rex started barking and growling at a wall downstairs in a way he had never done before.  He was about six months old at the time.  I could not see any reason for him to bark, and then my nose caught an acrid terrible smell.  A few seconds later standing there I could see small curls of white smoke coming from the baseboards and light socket at that very wall.  Rex smelled or heard something before I did - and he made sure I paid attention to it.  We cut the power and found a circuit from an outside light had been wired through the switch panel at least two years before and had chosen that moment to overload.

Here's to finding Rex of the Thicket.  He's grown into such a great dog!

Marie Lamb is an author and artist living in Tennessee.  You can follow ther Life with Catahoulas comic at knitowl.com on Mondays, and hear more about the antics of Daphne, Minerva, Spud, Sweetie and Rex.