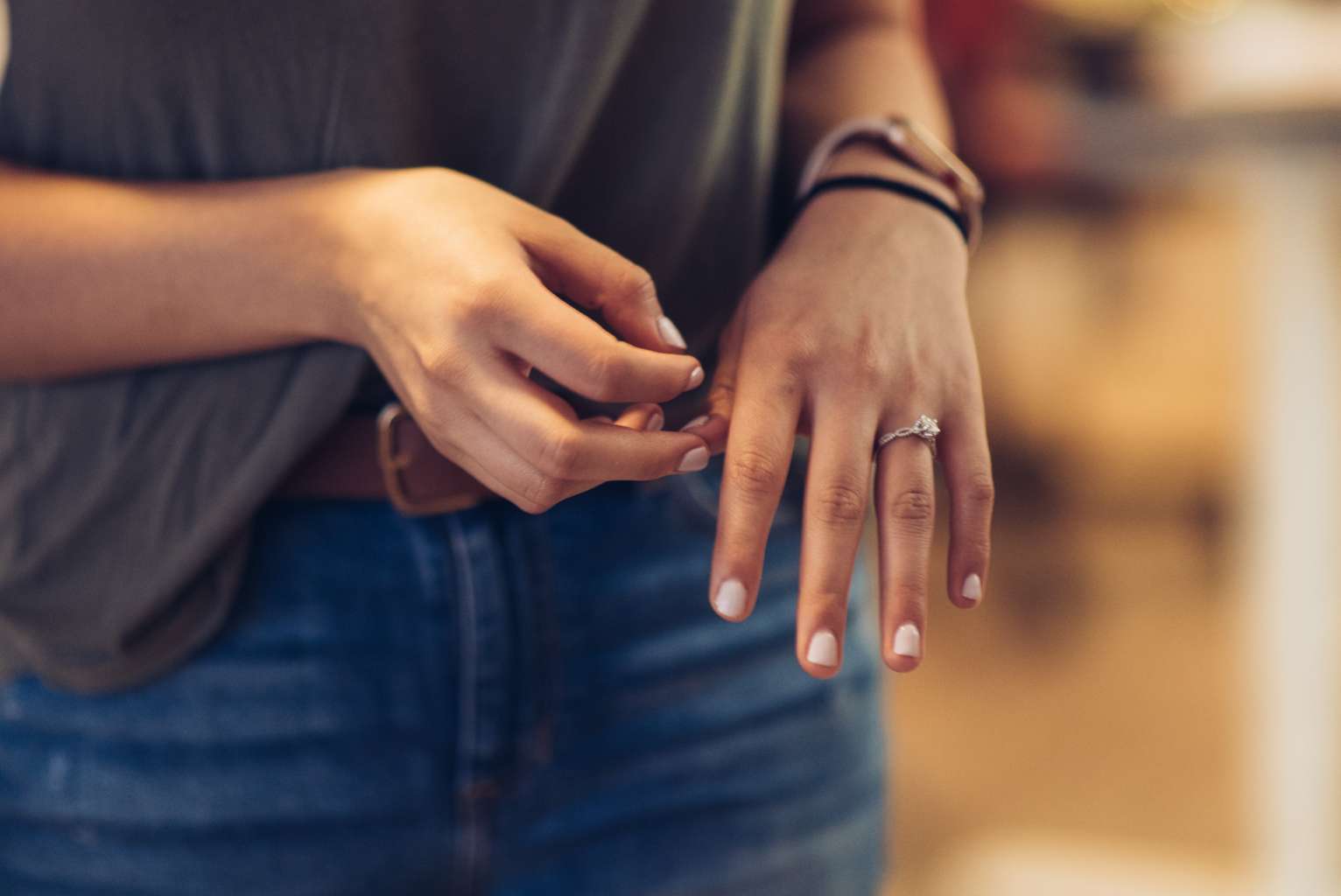 Engagement Rings Are Meaningless: The Creation Of The Diamond Industry

So many of us look forward to the day of our engagement. This age-old tradition is radiated everywhere in our culture and led us to heavily anticipate that special day. However, you probably don’t dream about the financial setbacks associated with your diamond engagement ring.

According to The Knot, the average cost of an engagement ring in the United States is a whopping $5,900. While the general rule of thumb (or ring finger, rather) is that a man spends three month’s worth of salary on “the ring”, where exactly do these social norms come from? And more importantly, are engagement rings still worth it?

The Creation of the Diamond Engagement Ring

Though engagement rings date pretty far back in our recent history, diamonds weren’t always forever. The first recorded engagement ring was given in 1477 from Archduke Maximillian of Austria to Mary of Burgundy. Suddenly, the engagement ring, sometimes called “posey rings”, became a trendy amongst European nobility.

These rings eventually trickled down to the lower class and were often made out of mixed metals, sometimes crafted in the shape of flowers, though styles varied from decade to decade.

However, everything changed in 1947 when De Beers, the largest diamond proprietor coined the slogan “A Diamond Is Forever”. This ad campaign marks what many regard as the birth of the diamond engagement ring.

Diamonds are characteristically hard to come by, as they come from deeper layers of the earth. Moreover, since gem-like synthetic diamonds were only first produced in the 1970s and 1980s, De Beers was able to dominate the ring market by controlling the largest supply of natural diamonds. This means they could set the price as they saw fit. Clearly, astronomically expensive engagement rings are not by chance.

While synthetic lab-made diamonds are now largely available and cheaper, diamond proprietors like De Beers continue to play the narrative that “natural” diamonds are better, despite being pretty much indistinguishable unless examined by an expert.

The diamond engagement ring is an American symbol of love and commitment, but surely there are most cost-effective ways to convey the same message.

Don’t Forget About the Wedding

Now that you have your engagement ring in order, it’s time to plan your wedding. Unfortunately, based on the U.S average, the wedding will set you back another $30K. Your big day is big on expenses too, and the ring probably isn’t helping.

If this is leaving you lovebirds financially insecure, you’re not alone. A whopping 1 in 4 couples goes into debt to get married, making the financial drawbacks a sad reality of the tradition. How long are you willing to be in debt after the wedding to pay for your special day and the ring leading up to it?

Perhaps we should take advice from other cultures. In Chile, both men and women receive engagement rings. These double as wedding bands, and are moved from one hand to the other with the passing of the ceremony. Not only does this seem like more of a partnered decision, but it also is more financially effective.

Engagement rings can be a beautiful symbol of commitment and love, but there’s more than one way to show that life-long devotion to a partner. Just because something has been the cultural norm for the past couple of decades doesn’t make it any more sensible of an act.

Bottom line is, you don’t need a diamond engagement ring to get married. In my opinion, going into debt is never worth a shiny rock, regardless of how much you may want it.

Plus, unless you’re hanging out with professional jewelers, it’s unlikely your friends will know how much your engagement ring costs, let alone your bride. If you want to keep the tradition alive, more cost-effective synthetic diamond rings are available. You can also opt for different metals, or use your future wedding bands as marks of your engagement.

Love is certainly a special thing, but it doesn’t take away crippling debt sometimes set off by the purchase of a diamond ring. Make sure you’re a conscious consumer the next time you stop by Tiffany’s.