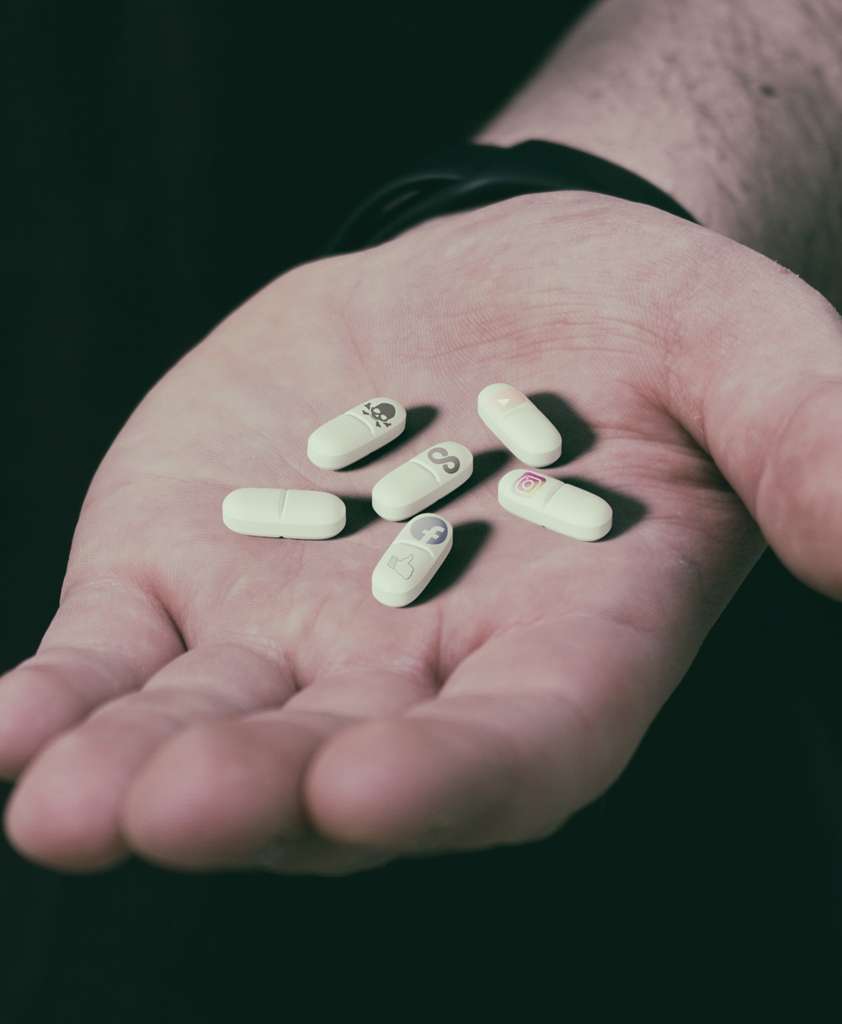 Social media is no doubt a huge part of our lives. It helps us to stay connected with our friends, stay in touch with relatives, and learn about other cultures and experiences.

However, there is a huge downside to using social media: Usage of popular sites like Instagram and Twitter can lead you towards depression, and quite literally, hijack your brain.

For the first time ever, concepts such as digital minimalism have a place in pop culture as we continue to consume social media without understanding the underlying longterm effects it may have on our brain chemistry and as species.

It appears swiping is a lot more sinister than social, at least in the eyes of our brain.

5 Reasons Social Media Is Bad for Your Brain

According to researchers at Harvard University, social media lights up the same pleasure centers in your brain as those ignited while having sex or eating. Your brain develops a physical dependence for social media and is continually rewarded with every visit.

Interestingly enough, the same study found participants to receive higher amounts of pleasure under the pretext that they had a large audience on their social sites. It appears that the act of self-disclosure is tied directly to chemical rewards.

2. It uses your instincts against you

Humans are objectively social and communal creatures. Unlike other species, we have a physical need to know what’s going on around us and be supported by others. Your Friday night FOMO isn’t as unwarranted as you make think.

From the most basic level, social media from a business perspective seeks to fill that biological need artificially. You’re inclined to check and refresh constantly because it’s in your biology.

Moreover, social media as a business does well when engagement is maximized. The longer you stay on a particular app, the more potential revenue a social site can make.

For these reasons, you see apps constantly adding modifications such as the infinite scroll, which keeps you constantly searching for more content, and brighter/warmer colors which are more enticing to the eye making you more likely to open the app to begin with (i.e Instagram recently redesigned its logo from a brown/cream color scheme to a pink/yellow one).

You’ll also notice social apps asking for you to turn on your notifications, some even vibrating your phone with every update. Naturally, your brain is made to detect movement, making your social apps that much more irresistible.

3. It lowers your self-esteem

It’s inevitable that you’ll compare yourself to others while using social media, which leads to lower reported rates of self-esteem. Constantly watching those in your social circle engage in exciting activities without you leads you to feel lonely and excluded.

In addition, the unrealistic expectation of body and image ideals set by the booming industry of Instagram and social media models can leave both men and women feeling comparatively inadequate.

It should be noted that while social media may exacerbate many self-esteem vulnerabilities, it’s likely that users possessed these insecurities before using social sites.

4. It ruins your sleep cycle

In 2016, the University of Pittsburgh found that regular social media users were more likely to incur sleep disturbances.

This is largely due to the bright light on phones which misaligns one’s circadian rhythm. This can also suppress your body’s ability to produce melatonin, the chemical that aids in keeping you asleep for long periods of time.

While the light from phones is not necessarily indicative of social media usage, it’s common practice to check social media as soon as you wake up and right before bed.

Some individuals also used social media as a way to pass time while having difficulty falling asleep, likely extending the scope of their problem.

Regardless, prolonged phone use of any kind will not aid in getting you a restful night’s sleep.

5. It makes you less of an individual

While acting as part of a crowd is not necessarily a bad thing, it’s important to be aware of social media’s tendency to increase once’s engagement in groupthink.

As showcased from the 2016 election, social media sites like Facebook had a huge role in isolating distinct viewpoints. Many of the algorithms of these social sites are designed to show you more of what you like and agree with, which can restructure your original views to be more extreme or intense and may leave you with less individual thought than you intended.

While debating the responsibility of social media sites regarding human thought processes is a whole other discussion, it’s important to be aware of while scrolling through your socials.

Social media is undoubtedly a powerful tool for marketing, connecting, and staying in touch with the rest of the world. That being said, it’s important to understand these resources come at a cost to our overall mental health.

While you may not be able to avoid social media altogether being mindful of your consumption is an excellent way to practice self-care in 2019.

Report Comment
I believe this is true. Thank you author.

1
Show All Comments (2)
From VOICEDMARKET
What’s this?