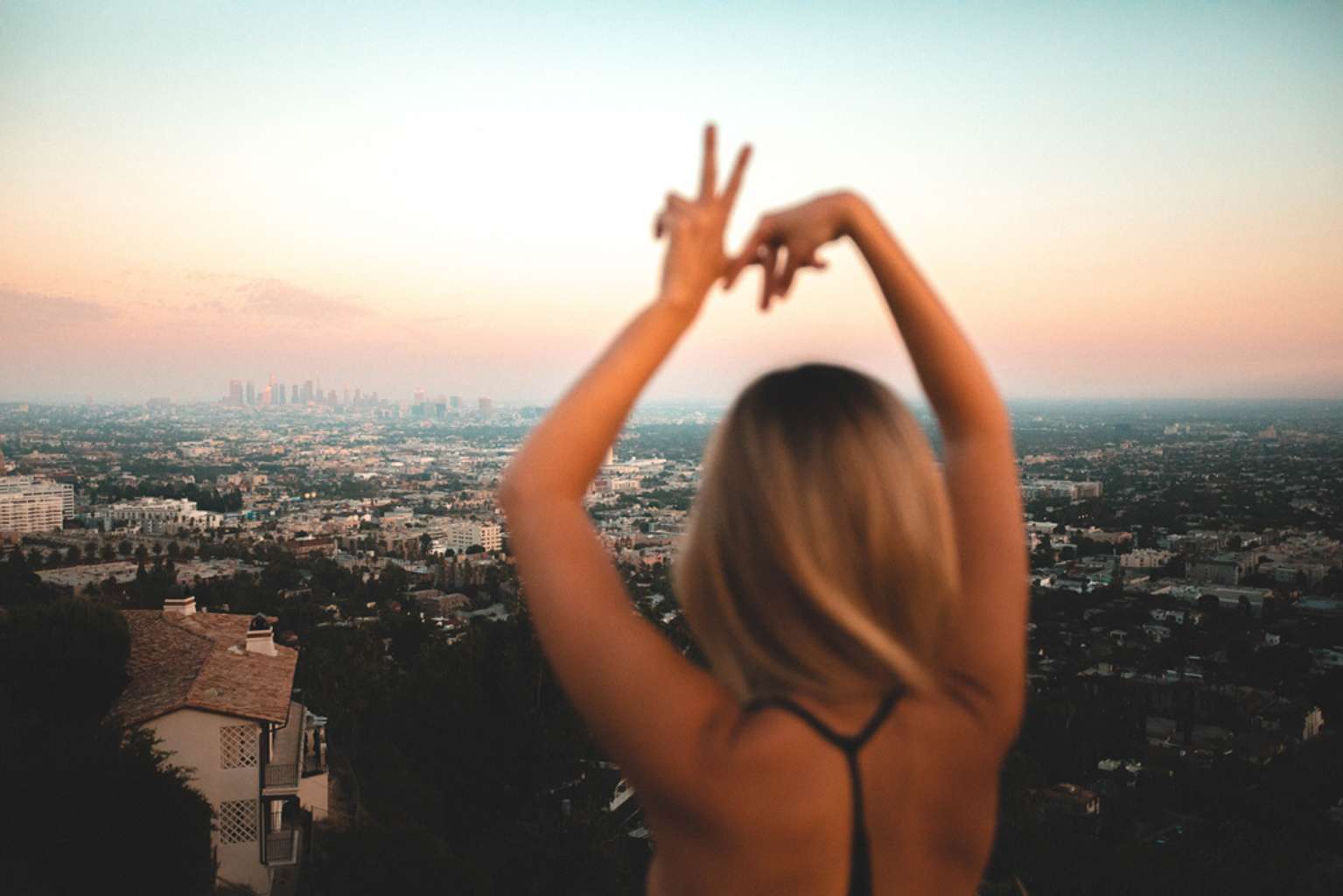 25 Ways To Tell Your Girlfriend Is From L.A.

Living in Los Angeles is an adventure. Finding a decent apartment is like a treasure hunt, the traffic will test your sanity, you can never find parking and you might have to promise away your first-born son in exchange for half a tank of gas. But nothing about Los Angeles causes more stress and anxiety than the dating scene.

If you’re looking for love in the City of Angels, best of luck to you, my friend. If you’re just looking to get laid… well, that might be even tougher. But if you do manage to land a Los Angeles girl, there are a few things you should know about her.

Even though she’s got a tongue ring, a high-riding thong and a see-through shirt that showcases her tramp stamp, it takes a surprisingly high number of dates to finally get her in the sack.

She wants what she wants and she wants it right now. She’s going to get it one way or another, so daddy has little choice in the matter. Whatever it takes to keep his girl off the pole.

3. If There’s One Car-Length Between Vehicles, She Will Fill It

Sometimes, not even that much room is necessary. If it’s close, she’ll just muscle her way in and then flip off the guy who has to slam on his brakes to avoid getting hit.

4. She Thinks U-Turns Can Be Performed Anywhere At Any Time

Those pesky medians on Santa Monica Boulevard really piss her off. Riding shotgun with an L.A. girl can permanently turn your knuckles white.

5. STOP Signs Are Only A Suggestion

If she’s not in a huge hurry, she might slow down a little and roll through it, but that’s as close as she’s going to come to a complete stop.

6. She Honks Her Horn At Everyone

That’s one thing everyone notices about LA traffic right away. All the horn-honking. Once you’ve lived here for a year, though, you sort of learn to tune it out.

Sometimes “dated” means “blown,” the often, the definition of “celebrity” is treated with a certain level of generosity, but as long as it’s not Pauly Shore or Fabio, you can probably live with it.

8. By The Time She Turns Thirty, She’ll Have Had At Least One Plastic Surgery Procedure

But most likely two, if you know what I mean.

9. She Responds Quicker By Text Than She Does In Person

Because if you’re in the same room with her, she’s having a text conversation with someone else.

10. She Can Text And Parallel Park At The Same Time

A Los Angeles girl knows how to parallel park, which gives her a leg up on the rest of the country. She has to, or she’d never be able to get out of her car. And the girls out here are incredible multi-taskers.

11. At Some Point In Her Life, She Was Or Will Be A Vegan

It almost never sticks, though. If you’re lucky, you’ll date her between those periods. God help you if she’s a raw vegan, though—that means she can’t eat anything warmer than 78 degrees. You may die of hunger, but hey, at least you know your girlfriend will be skinny.

I keep waiting for this one to die out, but aggressively positive thinking and vision boards are still pretty standard among the women out here. If you don’t know what “The Secret” is, I’ll tell you… It’s bullshit.

13. She Does Yoga Twice A Week

And thank the sweet Lord for it. Tight poopers are standard issue out here.

14. She Majored In Psychology

Seriously. Every single one of them. The next girl who enrolls at UCLA needs to do her thesis on why every girl from L.A. has to study psychology.

15.  She Refers To Acess Hollywood As “The News”

In her defense, a lot of guys out here do this, too. If it’s not happening in Hollywood, who gives a shit?

16. She’s Never Met Any Of Her Neighbors

Making eye contact with people you see every day is a big no-no out here. Gets complicated when she needs someone to pick up her mail when she’s out of town.

17. She Quit Shopping At Trader Joe’s When They Started Opening Out Of State

What’s the point in buying the same groceries they can get in Cleveland?

18. She Has Never Been On Time To Anything In Her Life

What is it about L.A. girls that makes them oblivious to the passage of time? They’re staring at the clocks on their phones all day long.

19. She Goes To The Gym In Full Makeup

But that doesn’t mean you should try to talk to her. She’s only there to work out.

You gotta love that SoCal sunshine.

21. At Two In The Morning, When She Tells You To Go To Pink’s, She’s After A Different Kind Of Wiener

Some Angelos will cry blasphemy, but the truth I think Pink’s is overrated. But it’s cheap and it’s open late, and there are worse places to get a chili dog.

22. She Will Go Into A Club Without You

Getting into the hot clubs can be tough for a dude of average means. When the bouncer says she can go in but you can’t, she’ll take him up on it. Yet that doesn’t always mean the date is over. Once she’s gotten a couple free drinks and spotted Vin Diesel, she might come back out.

You might think it means that she wants you back, but more likely, she’s reluctant to pack up her toothbrush because you live near the 101.

24. She’s Smarter Than You Think

Maybe it’s just me, but there’s nothing hotter than a tan blonde with big boobs and a valley accent quoting Nietzsche.

Sorry, every other city on the planet, but all the hottest women live in L.A. And some of them even used to be dudes. Los Angeles is the reservoir tip where all the hotness of the world collects, and scoring one of these beauties can feel like winning the lottery. It certainly goes a long way towards making most of the other things on this list much more tolerable.