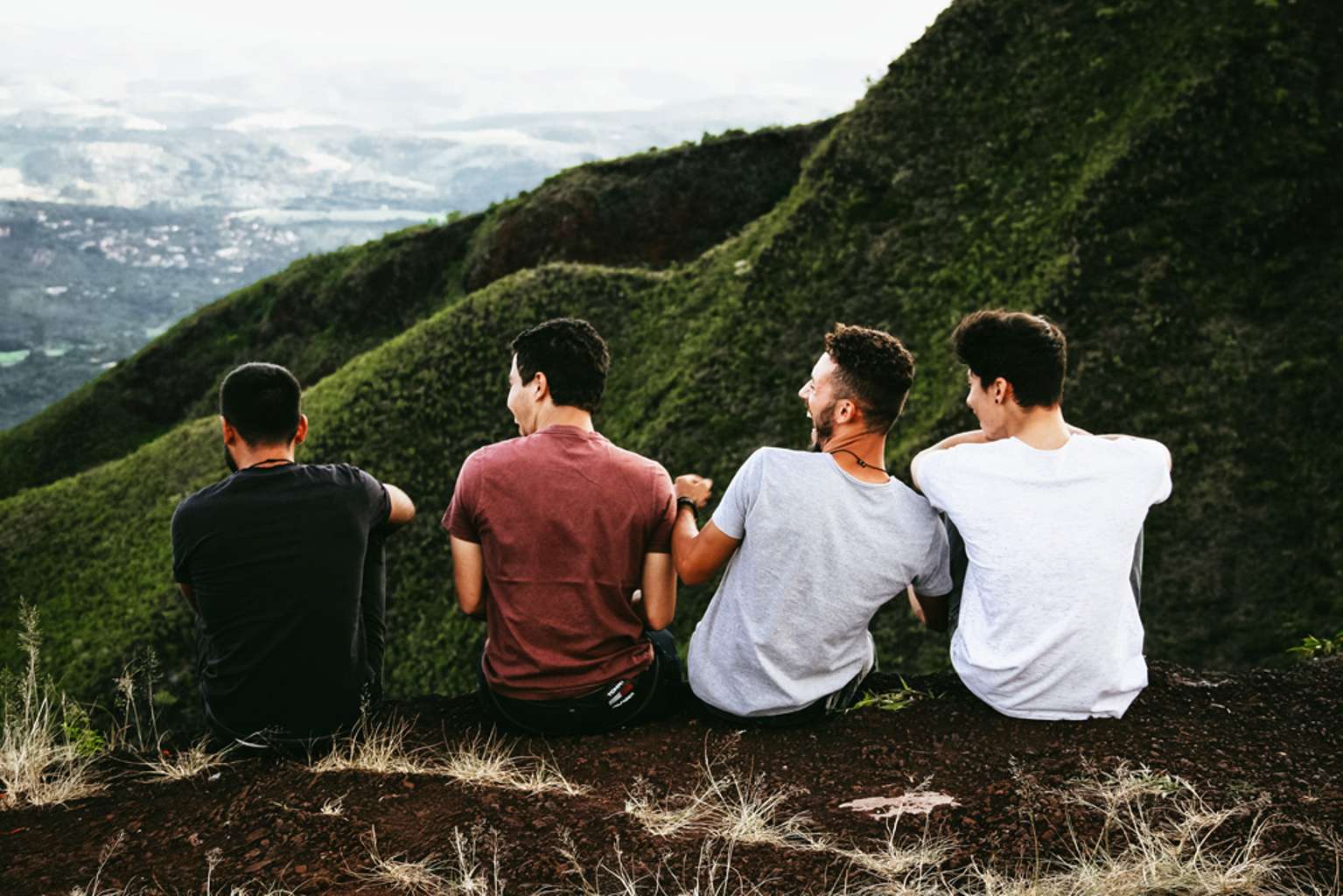 50 Rules Every Man Today Should Live By

Any time someone tries to tell me what I should or shouldn’t do, the rebellious little teenager in me wants to flip him the bird and do the opposite, just for the hell of it. Obviously, that’s not a very mature perspective and it’s an urge that should be suppressed, but still. Rules often have a way of taking the fun out things, and the temptation to buck them is always there.

But when it comes to “guy code,” that shit is sacred. Think about it. How many of the Ten Commandments did you break last year? At least six, I bet. And how many times did you violate the guy code? Yeah, that’s what I thought.

So anyway, here’s my take on the rules that every man should live by. Your version may vary, but probably not by much. But if you do happen to disagree, fuck it. Do what you want. Who am I to tell you how to live?

But if you have a habit of breaking any of these little nuggets of wisdom, I’m betting you probably don’t have too many friends.

1. Bros before hoes, obviously. That encompasses a lot, like …

3. Never go after a girl your friend is already going after. “Dibs” is in effect.

4. Never date/bang your friends’ exes, even if they say it’s okay.

5. Don’t date/bang your friends’ sisters, no matter what you’ve learned from sitcoms.

7. Whoever got laid most recently has to play wingman.

9. If your friend cheats on his woman, you take that shit to your grave.

10. Never dis your friend’s woman to his face. Wait till they break up.

11. When they do break up, tell him everything you hated about her. If you don’t have anything, make something up.

12. When your friend gets dumped, it’s your responsibility to get him laid (or at least drunk).

13. When you first meet your friend’s new girl, act like she’s all he ever talks about.

14. Don’t brag about how many women you’ve slept with. That’s what assholes do.

15. Never cock-block your friend. Ever.

16. Talk up your friends around girls, but …

17. Feel free to humiliate and ridicule your friends around guys. That’s how we know we like each other.

18. Pick up the fucking bar tab when it’s your turn. No excuses. If you’re broke, stay at home.

20. When your buddy gets too drunk, it’s okay to let him make an ass out of himself for a while, but know when to step in.

21. Don’t let your friend drive home plastered. At least shove him in a cab.

22. Don’t use a urinal right next to another dude if there’s another one available. And while you’re in there…

23. Keep your eyes on your own junk. No peek-sneaking.

24. If there’s an attendant in the men’s room, tip him. But only once.

25. If your friend gets in a fight, you have to back him up. Doesn’t matter if he’s in the wrong.

26. If a friend calls you from jail, you have to be the one to bail him out.

28. If your buddies are helping you move, beer and pizza is on you.

31. Wipe down the equipment at the gym when you’re done with it.

32. Don’t give another man unsolicited advice at the gym, either. He will think you’re a dick and he’ll be right.

33. Don’t complain or whine about anything. If you got a problem, do something to fix it.

34. Don’t gossip, either. You’re above that kind of shit.

35. Don’t take the middle seat on the couch … unless you’re really stoned.

36. If you’re the best man at his wedding, you must get a stripper for the bachelor party, no matter what he says he wants.

39. Read a goddamn book every once in a while.

40. Carry business cards at all times.

42. Never try to pass a quote off as your own. If you’re gonna say it, know who said it first and give them credit.

43. Unless you’re in a tux, don’t wear a bow tie. We all know you’re just trying to stand out.

44. Don’t argue with anyone in email or text. When dealing with the written word, at least attempt to play it cool.

45. When watching a great game in public, it’s fine to go a little crazy, but dude … know the line.

46. Repay your goddamn debts, no matter how old or how small.

47. Don’t beat around the bush. Say what you mean.

49. If you give someone your word, fucking keep it

50. Any violation of any of these rules constitutes an ass-beating.