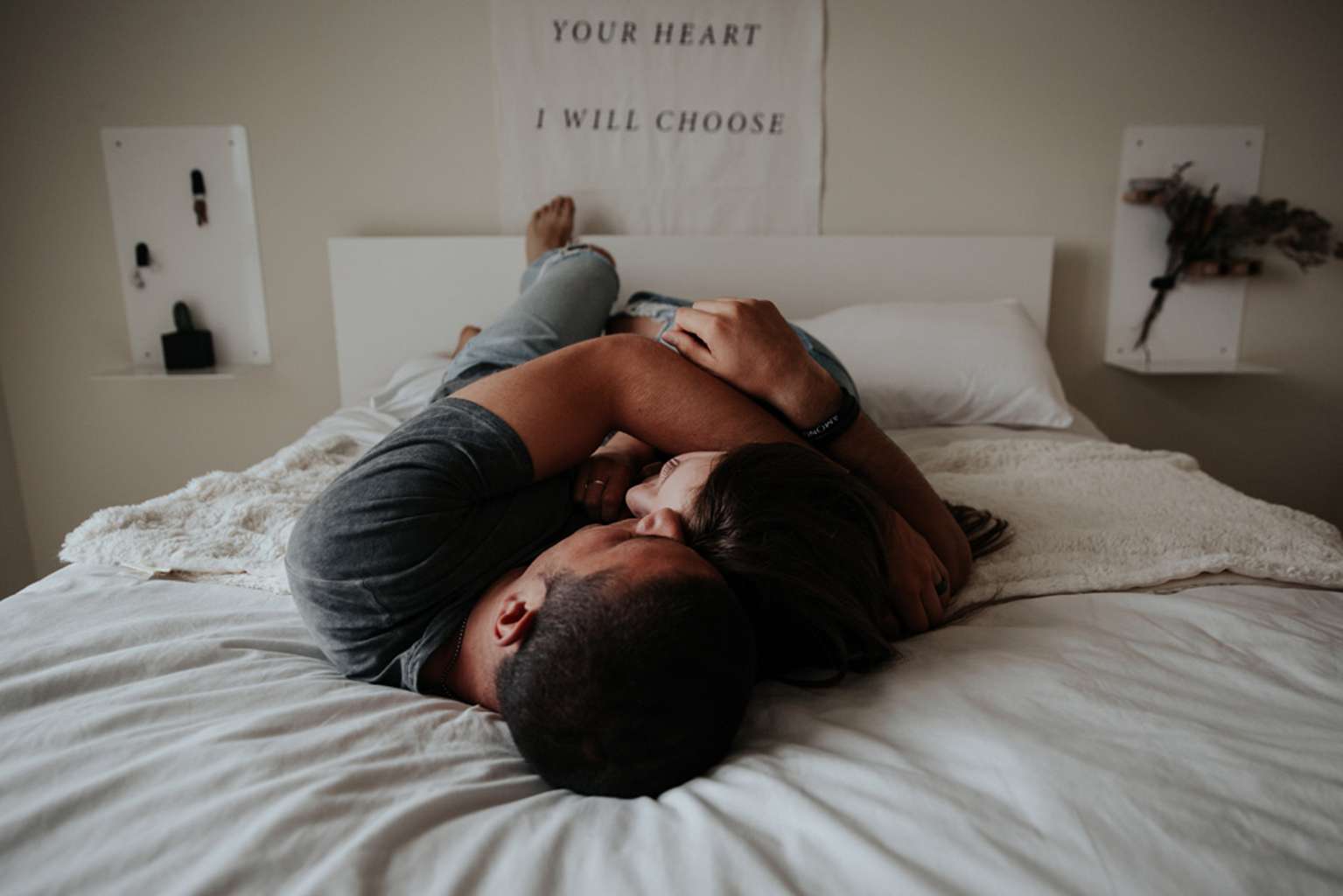 25 Qualities The Woman You Marry Should Have

You’ve been dating a while, maybe living together for a few months. You think you’re ready to take the plunge and buy a diamond ring, but you’re just not 100 percent certain. So you’ve turned to the internet for help.

At risk of sounding hokey, if she’s the right girl, you’ll just know. Trust your gut. Of course, according to most accepted statistics, our guts are wrong at least 50 percent of the time. But hey, it’s the world we live in.

Although marriage sure isn’t what it used to be, it is still a big decision and you should treat it as such. Sometimes our guts get just as confused as our heads. So let me break it down for you in an easily digestible fashion. If she embodies, say, at least three-quarters of this list, go ahead and set a date.

Wanting to talk about plans for the future is one thing. Deadlines and ultimatums are another. Don’t be bullied into marriage just because you’re afraid you’ll lose her. Fear has no place in this process.

3. She brings out the best in you.

A great indicator that she’s right for you is that being with her makes you want to be a better man.

4. She has her own goals and is supportive of yours.

When these things are in perfect alignment, you’ve really got something great.

5. A decent relationship with her parents.

Extreme circumstances aside, you’re not going to want to get involved with someone who hates her parents, or has caused them a lot of pain. It’s an indicator of how she feels about the people closest to her, which you’re going to be.

Crazy girls can be a lot of fun in the short term, but you don’t want to spend your life with someone who runs hot and cold. You want someone who has their shit together.

When you’re single, just about any sex is good sex. But in a relationship, you need to have the same (or at least very similar) likes and dislikes. Sex isn’t everything, but it’s pretty damn important.

Even if you’re both pretty old-fashioned about gender roles, relationships in today’s world don’t fly if all she wants is to be taken care of. You’re not taking over for her parents, okay?

We all want to live in the house on the hill, but we don’t all make it up there. Make sure she’s going to be okay even if you don’t deliver on your moneymaking potential.

10. She keeps her cool in arguments.

Relationships have arguments. That’s a fact of life. If you can get through them without her bursting into tears, or you punching a hole through the wall, you’re in good shape.

11. She takes care of herself.

Go ahead and complain, fatties. Not saying you have to be an Olympic volleyball player or a supermodel, but everyone — man or woman — should stay healthy.

12. You’re okay with each other’s baggage.

Most of us have a bag or two. Be honest about how you feel about what she comes with — and make sure she’s doing the same with you.

There’s nothing worse than a dumb woman, except one who pretends to be.

If she trusts you to go out with the boys (and you honor that trust), you’ve got a keeper.

15. Her partying days are behind her.

We’re all entitled to blow off steam every so often, but if she has to go out, get trashed and dance her ass off every weekend, she’s probably not ready to settle down.

16. She accepts your faults.

And doesn’t take it upon herself to fix them.

This may seem old-fashioned, and I’m not saying she has to be Betty Crocker, but don’t pretend you don’t want your woman to feed you, because you do.

If she keeps her distance when you’re down, that’s a pretty good indicator of her life philosophy. If, on the other hand, she’s all about keeping you in chicken soup and cough medicine, this is a woman who really cares about you.

19. You have similar tastes.

She can be a little bit country to your rock and roll, but in general, you need to like a lot of the same stuff, or you’ll find a lot of conflict down the road over very little things.

20. She calls you on your bullshit.

You don’t want a doormat; you want someone who stands up for herself.

21. She makes you feel important.

Some dating games women play involve a lot of aloofness. I guess they’re preaching that “men are hunters” line. But if you’re considering marriage, you should both be out of the game-playing phase.

You’re going to do stupid shit from time to time. That doesn’t mean you need to be reminded of it every three months.

Every woman on the planet wants a funny guy. Since you’ve worked so hard on that, you deserve someone who appreciates it.

You want her to love you, not need you. She needs to be okay with her life outside of your relationship. Nurturing the needy is not a romantic relationship.

25. She’s a virgin who doesn’t drink or smoke and agrees with everything you say.

Yeah, right. Even if this girl existed, that would be one boring-ass relationship.

Report Comment
Now Mr. Henderson ... being of the OTHER HALF of our species ... Please DO tell ... what MEN should be in a LIST of yours ... to deserve SUCH a female as you LIST above ...