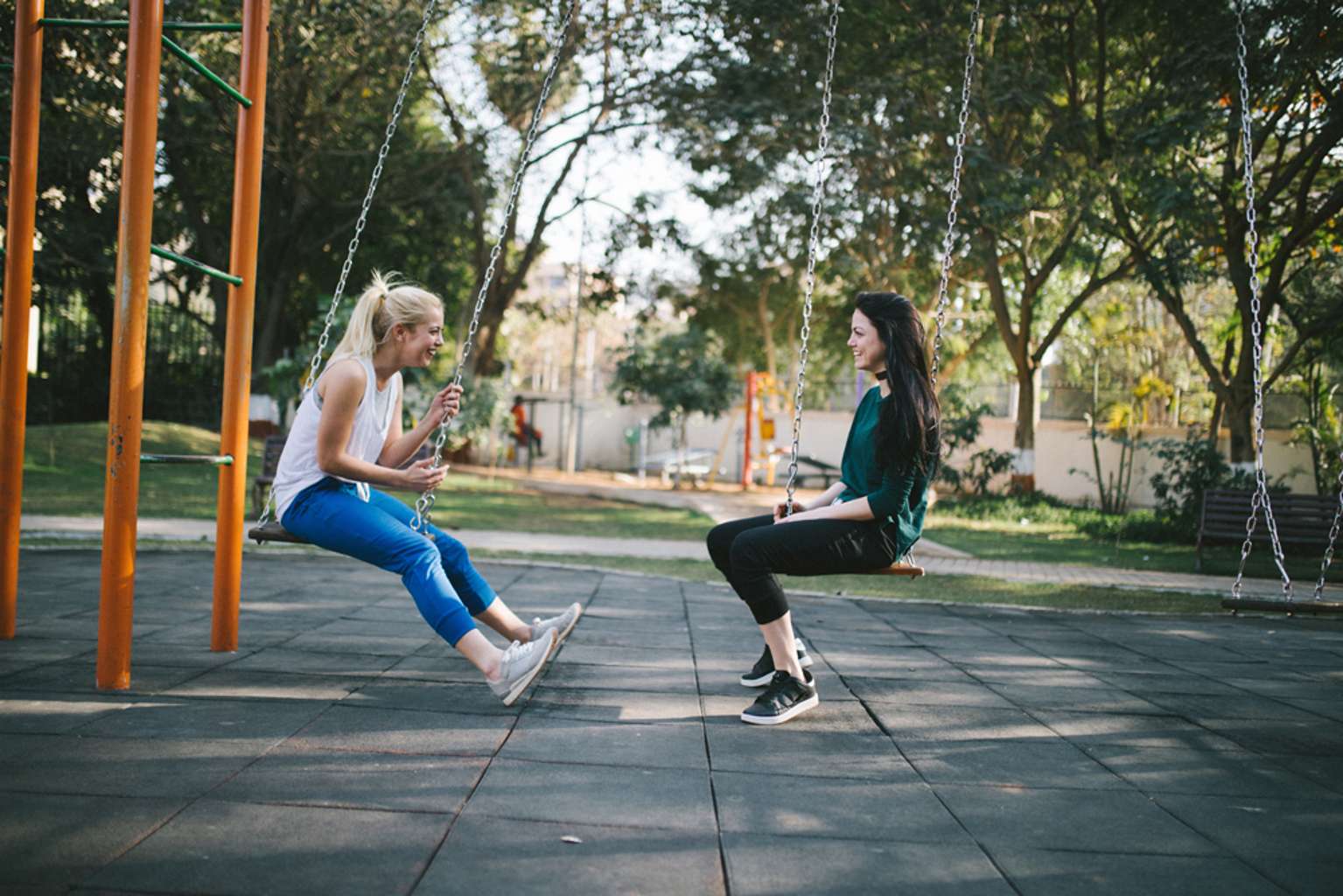 A growing number of women are choosing to bypass motherhood, yet that decision is continuously questioned by those who believe children are the key to happiness. Here are 23 things that childfree women are really tired of hearing.

No one ever tells an aspiring parent that they'll change their mind about wanting kids, so why is it okay to say it to someone who doesn't want them? Oh yeah - it's not.

The world is full of smart, successful childfree women who don't have any regrets about skipping motherhood. Just take a look at some of the famous ones: Oprah, Betty White, Ashley Judd, Dolly Parton, Condoleezza Rice. The list goes on. Do you really think German Chancellor Angela Merkel is crying about not having children? No. She's too busy running a country. Helen Mirren probably isn't sobbing into her Oscar, either.

Wrong. It's not selfish to refrain from having children. In fact, some could argue that it's selfish to bring a child into an overpopulated world instead of adopting one who is already on the planet. Ask any parent why they had children and the answer will always begin with "I wanted ..."

4. You don't know what you're missing out on.

Any functioning woman who is capable of having and raising a child will be able to weigh the pros and cons of parenthood before making her decision. In other words, childfree women know exactly what they're missing out on – and they couldn't be happier to be missing out.

5. Who will take care of you when you get older?

Take a poll of the residents at your local nursing home. Ask if they have children. Most of them do, but they're still in a home. Funny how that works. And let's not forget that it's easier for childfree women to pay for care in their elder years because they can use all the money they saved by not having kids. And let's talk about the elephant in the room – anyone who has children for the sole purpose of gaining a caregiver sounds like a pretty rotten person.

6. It's different when they're your own.

Is it though? Just because someone has your DNA doesn't mean you'll enjoy committing the next 18+ years of your life to raising them. Parenthood simply isn't for everyone. Period.

Women have the potential to be great at a lot of things. That doesn't mean they want to pursue all of those possibilities. You have to actually want something before you set out to achieve it.

8. You'll understand when you become a mom.

What part of "not having kids" don't you understand? There is no "when." There is no "if." It's just not happening. Also, why are you under the impression that childfree people are less capable of understanding things?

9. You'll change your mind when you meet the right person.

Nope. Childfree women tend to seek out childfree men. If a woman doesn't want kids, that isn't going to change just because they enter a relationship.

Isn't this irrelevant? A woman's non-existent kids aren't going to know they weren't created. Use some common sense.

11. But I want grandchildren.

12. Having kids is just part of life.

For some people. Not for everyone. Some choose to prioritize other things over having kids – and none of those priorities are any less valid.

13. Don't you wonder what your "mini-me" would look like?

Really? So parenthood should just be a science experiment done out of sheer curiosity? This is a joke, right?

14. Wait until your biological clock kicks in.

Erm, no. Perhaps that opinion should be rephrased to "you'll be a lady who enjoys life with no constraints and has the time, money, and freedom to pursue your goals." Yeah, that's better. Also, what's wrong with cats?

16. You don't know what real love is until you become a mom.

Not even remotely true. Love comes in many forms, all of which are real. You don't have to birth a child to give and receive love.

17. Children give your life new meaning.

But what if someone is perfectly happy with their life as it is? Do careers, friends, adventures, and experiences not equal meaning? Can you really argue that meaning only comes from having children? No.

Luckily, this response is rare. However, anyone who says it is living in the past and doesn't deserve a minute of your time. Walk away and never return.

Women who don't want kids don't want to hear "pitter-patters." They want to come home to a clean, quiet house and pop open a bottle of wine without worrying about it being tipped over by a toddler. Perhaps the best quote on this topic comes from Ellen Degeneres. "We love to be around children after they've been fed and bathed. But we ultimately decided that we don't want children of our own. There is far too much glass in our house," she wrote in her book Seriously ... I'm Kidding.

There's nothing more annoying than parents who think every opinion or piece of advice has to begin with the words "as a parent." Not everything is linked to being a parent, and the opinions of parents aren't any more valid than those of childfree people.

It's a common story. Parents often expect their childfree friends to come to them because there's a misconception that people without children don't have obligations or responsibilities. The truth of the matter is that a childfree person's time is just as valuable as anyone else's, and meeting in a location which is convenient for both parties is the only fair thing to do – regardless of who has or hasn't reproduced.

This is a tale told far too often by childfree employees around the world. Parents seem to get a free pass to leave the office on time (or early), while childfree workers are expected to stay late as needed.

23. I can't imagine my life without children.

Well, that's great for you. But some people can imagine their lives without kids. See the difference?

So there you have it. A list of things that childfree women are tired of hearing, but sadly encounter all the time. If you're guilty of the comments listed above, be sure to think twice next time. If you're a childfree woman, keep on living the awesome life you've chosen for yourself.