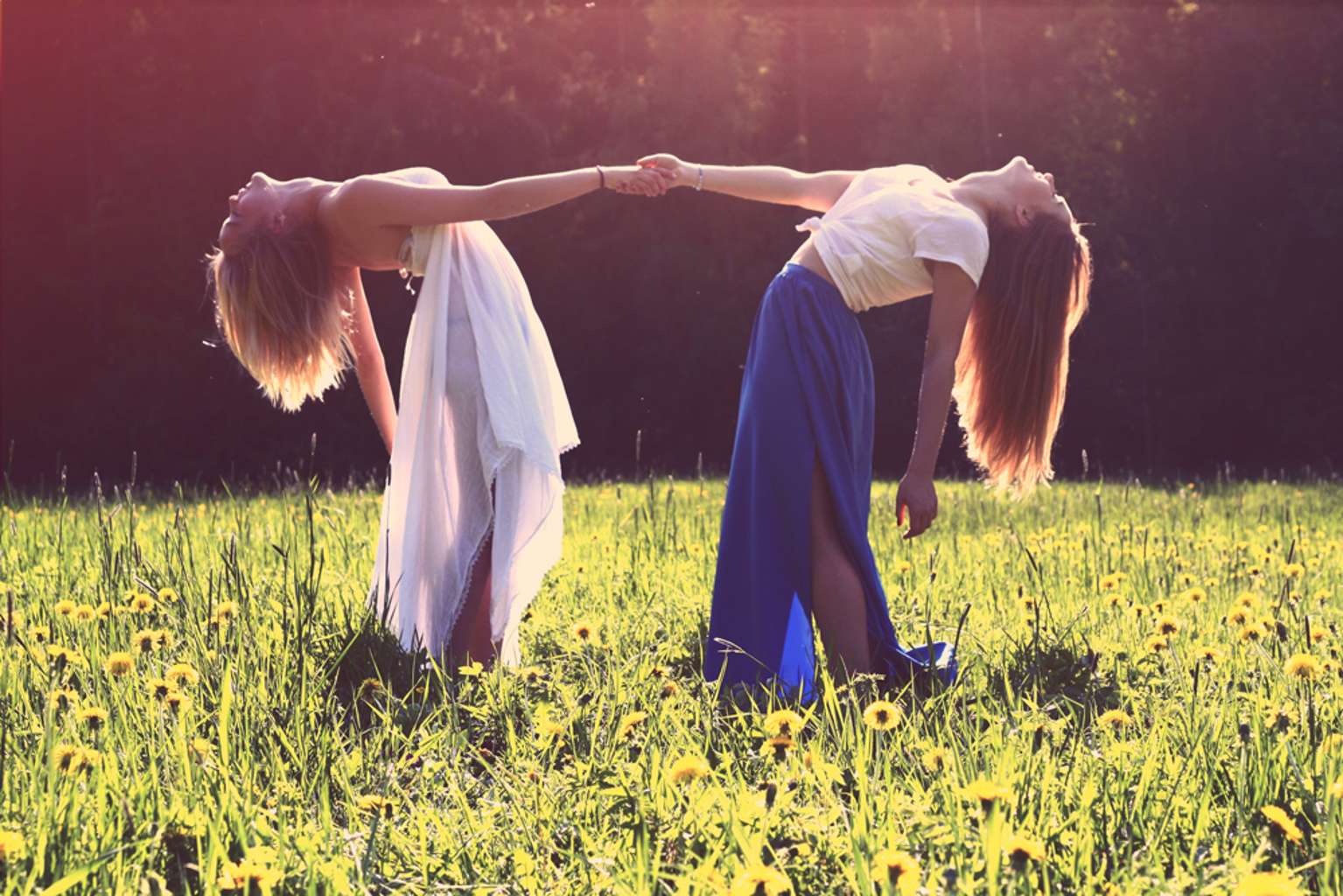 Southern girls are some of the most stereotyped folks on the planet, and we get it. Oftentimes, the stereotypes are true. A lot of us do want to get married in cowboy boots. Most of us deep-down wanna get married and have kids, even if we also want to make waves and become the first female president, too. But there are plenty of ways you can spot a southern girl, and some of these are characteristics you may not recognize right away. Some of them might confuse the hell out of you. Most of them are endearing as hell. Here are 30 ways to tell your girl is from the South (even if she's not walkin' around in cowboy boots).

But really. Her tolerance for hot sauce is stunning. It’s because she’s from the South.

2. She is ultra-polite at the dinner table, but damn can she cuss behind closed doors.

Do not let the Southern Belle facade mislead you. That kinda politeness takes hard work, and it’s gotta be balanced out with some good, old-fashioned cussing at home.

3. She can clean house in a couple of hours, and she has no problem breaking a sweat to get it done.

She grew up with chores and she knows that cleaning the house is a great way to clear her head, too.

Because she knows that good smells can morph any house into a welcoming home. If you're ever at a loss for what gift to get her, you can't go wrong with stuff that smells nice.

And either she her mama or her grandmama made it.

6. She knows how to sew and can fix up damn near any piece of raggedy clothing.

Because her mom taught her how to sew on a patch before she could write a paragraph, and those pants don't need to go to Goodwill just yet.

7. She'll offer you a drink from a list of options of drinks and some food and whatever else you may need as soon as you walk in the door.

And if you say no, that you don't need anything, she'll ask you again a couple more times in the next couple of hours. Let her. She wants you to be comfortable. She aims to please and knows how to host. If you said you wanted something she didn't have, she'd probably hop in the car to go buy it for you.

8. She likes to go out on dates, no matter how long you've been together.

Because going out on dates makes her feel like you really care. She grew up with Southern courting rituals, and going on dates, not just "hanging out," is a big part of that.

9. She’s got a wreath for every season.

And she loves decorating for the holidays. Chances are, there's a box in the closet labeled for every single holiday. Get used to untangling Christmas lights and an at least monthly decoration change.

10. She’s got a go-to dish for every holiday gathering.

And knows the recipe by heart, because Grandma never wrote that shit down anyway. You might have to get used to the taste of baking soda, though, or force her into using a measuring spoon for baking at the very least.

11. She knows how to make every casserole imaginable.

Yes, you can make a casserole outta that. And you should.

12. She also knows that there is a pie for every occasion.

Chances are, she'll introduce you to some new ones, like sweet potato pie and rhubarb pie and shepherd's pie and...

13. She’s got Jiffy cornbread mix in her cupboard.

‘Cause that stuff is delicious.

14. She lives for potlucks and the people they bring together.

And she loves cooking for other people.

15. She is happiest barefoot.

But she can still rock some heels and hiking boots.

16. She wouldn’t dream of wearing white pants or shorts after Labor Day.

17. She has no qualms with sitting in the back of a pickup truck.

And she looks right at home with her hair whipping in the wind back there, holding onto a country pup.

18. She doesn’t mind getting dirty.

And she could totally garden just fine in a dress.

19. She has no problem jumping into a lake or river to go swimming.

It’s probably difficult for her to walk along one without wanting to do just that.

20. She knows how to set a fire faster than you can and pitch a tent like she's making a bed.

But she'll probably let you take the lead, or at least pretend you're taking the lead, because she doesn't want to make you feel like less of a man.

21. She can totally keep up with you when it comes to drinking.

But she doesn’t show it off.

23. She loves her daddy and her mama.

Even if they're bat shit crazy, and even if they argue all the damn time. 'Cause family's family.

24. She likes being taken care of, and feeling like she’s safe.

That's what her man is supposed to do for her. But she also loves taking care of you, and she'll make you feel super well taken care of.

Because she was raised right, and keeping your word’s important to her. If you don’t, she’ll make sure you know how she feels about that.

26. She smiles at strangers.

And often, she waves at them, too. She doesn't know everyone in town. But sometimes it feels like it.

27. She can make a conversation with anyone.

And oftentimes, you’ll wonder why in the hell she has to make one with everybody everywhere. But it’s just part of bein’ from the South.

28. Sometimes, you’ll have no idea what she’s saying.

Because in the South, words run into each other like water, and most syllables are best spoken soft.

29. She doesn’t judge people based on their accents or level of education.

Because she knows how powerful folk wisdom is – she grew up with it.

Because Southern girls know better than anyone else in the world how to make someone feel right at home. Chances are, that's what will make you fall in love with her (if you haven't fallen in love already).