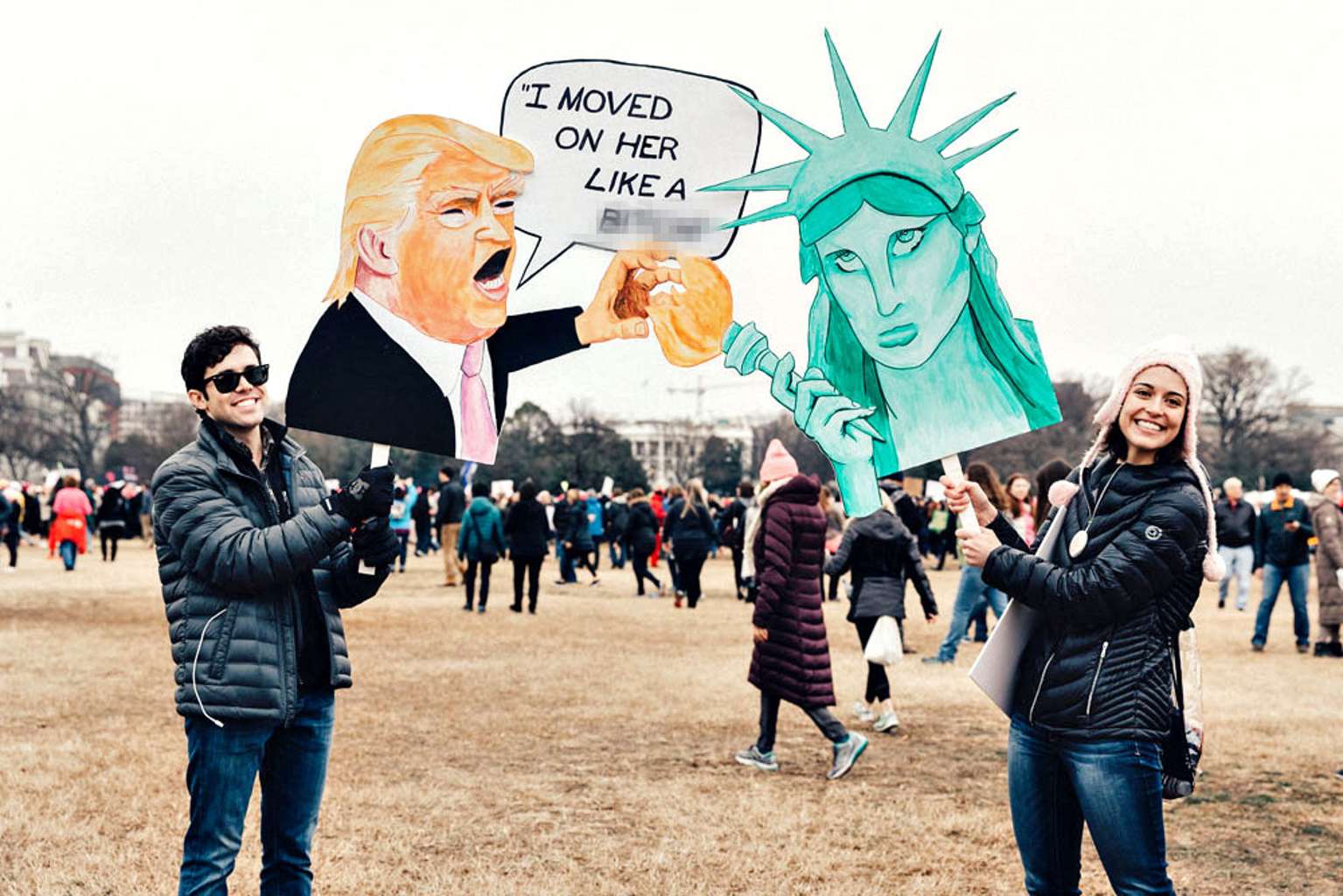 As a nation, we’re used to our politicians bullshitting us. But Donald Trump has elevated the art of talking out his ass to entirely new levels. He regularly says things that are either demonstrably false, or completely incoherent. So we thought we would put together a list of what Trump says, and what he means, and provide a little insight into what goes on in his head vs. what comes out of that weird-shaped mouth of his.

Trump: “I’m, like, a really smart person.”
Translation: “For my entire life, I’ve surrounded myself with yes men who have inflated my ego so much, I’ve lost touch with reality.”

Trump: “Money is starting to pour in to NATO.”
Translation: “I have no idea how NATO works, but it’s got to be like paying membership dues at one of my country clubs, right?”

Trump: “I know words. I have the best words.”
Translation: “I’m not so great with words, but for some reason, you all keep listening to me.”

Trump: “Never has there been a president, with few exceptions … who has passed more legislation and who has done more things than we’ve done.”
Translation: “I’m extremely insecure about the fact that I’ve passed no major legislation and have record-low approval ratings. If you won’t validate me, I’ll just validate myself.”

Trump: “Nobody knew health care could be so complicated.”
Translation: “I never expected to have to back up all that bullshit I said on the campaign trail, so I never bothered to actually look into it until now.”

Trump: “I don’t watch CNN.”
Translation: “I obsessively watch CNN. I really want Anderson Cooper to like me. Why doesn’t he like me?”

Trump: “Look at my African-American over here.”
Translation: “Holy shit, there’s a black guy here? How did he get in?”

Trump: “There is nobody who respects women more than I do.”
Translation: “Grab them by the pussy.”

Trump: “Believe me.”
Translation: “I’m lying. Or I don’t know what I’m talking about. Probably both.”

Trump: “Really bad people.”
Translation: “Anyone who disagrees with me or doesn’t tell me how great I am is really mean, and I’m gonna tell my mom on them.”

Trump: “Nobody loves the bible more than I do.”
Translation: “I don’t read books unless I’m on the cover. And even then, I only skim them.”

Trump: “I don’t have a racist bone in my body.”
Translation: “I hate everyone equally.”

Trump: “Everything I’ve done virtually has been a tremendous success.”
Translation: “I used the word ‘virtually’ there, which means ‘almost,’ right? Like ‘virtual reality’ means ‘almost reality.”

Trump: “I could stand in the middle of Fifth Avenue and shoot somebody and I wouldn’t lose voters.”
Translation: “Wow, I really underestimated how stupid you people are.”