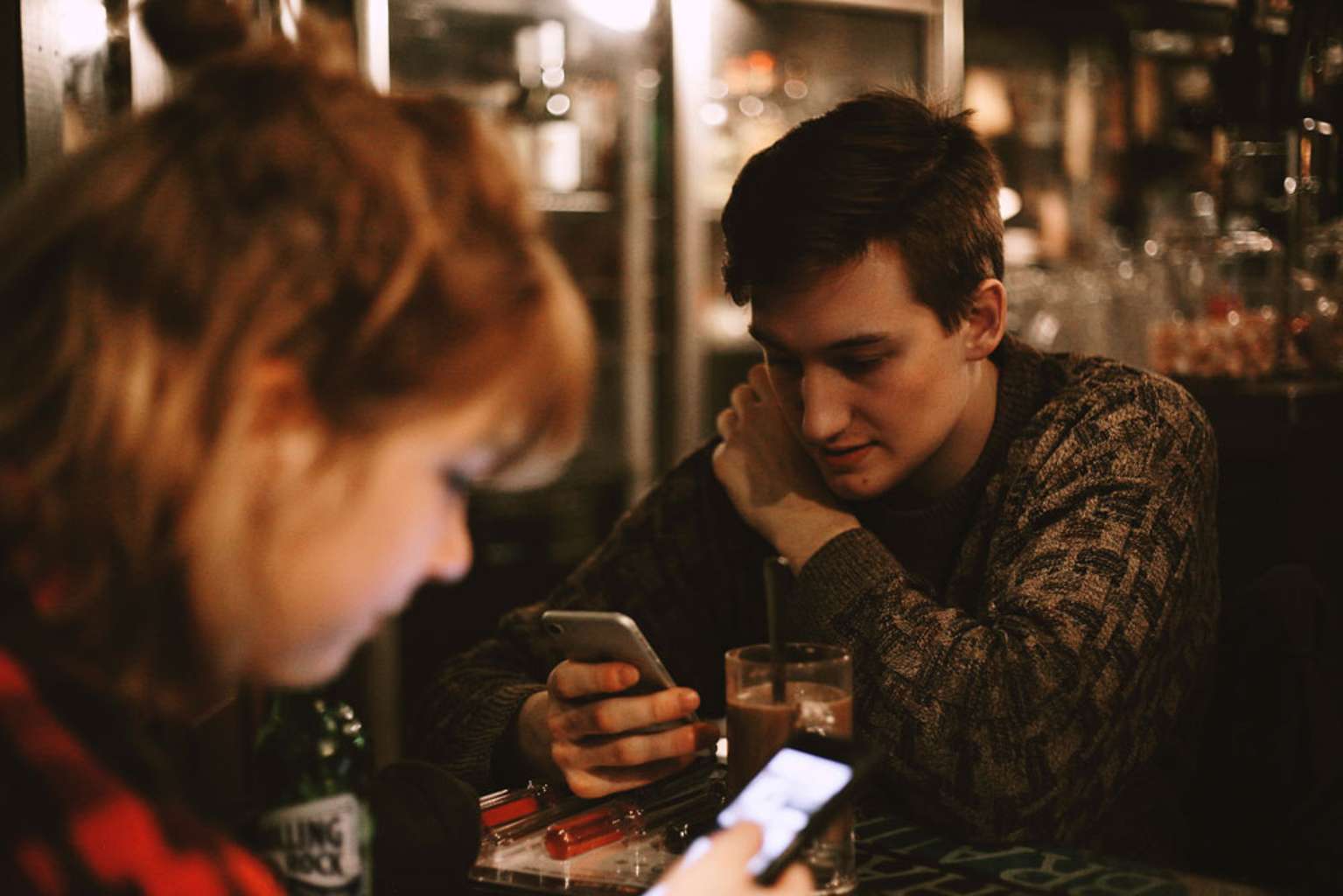 23 Things To Never Do On A First Date

First dates equal first impressions, and you know you want to make a good one. Sometimes, though, it’s more about what you don’t do than what you do. Here are 23 things to never do on a first date, if you’re hoping for a second.

If you’re not ready to date, get out of the game.

Lateness = I don’t really care. If that’s the case, don’t even plan on a date in the first place – it’s a waste of time for both parties involved.

3. Never show up drunk or high.

We get it, you’re nervous. But instead of trying to drown out the anxiety, dive into it. This is what it feels like to be alive, and a little nervousness is a good sign! Not to mention, substance abuse = bad sign.

5. Never ask “Why is such a great / attractive / cool person like you still single?”

6. Never tell them you’re going to marry them.

Too much, far too much.

One or two genuine compliments would be great. But when you dump them on, they all lose their sincerity and you look fake.

8. Never ask them to pay / show up with a credit card that’s going to get declined.

Going Dutch is cool, though.

Yep, that’s right. Never. If you’re taking the time out of your awesomely meaningful and busy life to take someone out on a date, it means that they matter to you. Show this person they’re important by putting whatever else is going on in your life aside. Meaning, your phone. There’s no better way to turn someone off than by prioritizing Snapchat, Instagram, or a business email or call over the mere hour or so you’re spending on them. Don’t make this mistake.

Even if the food is crappy, even if the wait time is really long. Entitlement is not attractive, nor is pure rudeness.

11. Never talk about your exes.

Especially that crazy ex or the ex who broke your heart or the ex who you may or may not still text when you’ve had a little too much to drink. The last thing this person wants to do is think about your past relationships. First dates are about a promising future, not digging up the past.

Here’s a fun and simple metric: Do 50 percent of the talking, and let your date do the other 50 percent. You’re not just on a date to make someone interested in you; you’re also on a date to show you’re interested in them. How do you do this? You ask questions and you listen to what they have to say.

You do not know each other that well.

Part of dating is peacocking, but there’s a difference between showing you have your life together and telling someone you do. Usually people who really have their lives together don’t have to brag about their fancy job or paycheck or famous friends or whatever cool toys they have.

It’s one thing to trash talk some stupid celebrity or to make jokes about some odd bird you met one time. It’s another to trash talk the people who are closest to you. When you do this, it serves as a handful of warning signs, like:

You’re insecure and need to make others feel bad to feel better about yourself.

You’re insincere and will treat friends and family well to their faces, but talk badly about them behind their backs. Chances are, you’ll do this to Mr. or Ms. First Date, too.

You’re an unkind person. Who trash talks their friends and family like that, to a stranger no less?

Part of a healthy relationship is challenging each other and growing together, which sometimes means being honest about flaws and things you need to work on. But, dude, you’re on the first date. Don’t dive into any of that just yet. Look for the good, not the bad. If the bad is glaring, don’t go on a second date, but don’t give a lecture either.

18. Never tell them your deepest and darkest secrets.

Sometimes you meet someone and you feel as if you could just tell them everything about your life and they’d just get it! They get you! It might feel like this and the feeling could very well prove true in the future, but the fact is, you’re on the first date. Save the deepest and darkest parts of your soul for a little later on.

19. Never pressure them to do something they don’t want to do.

You want to set up a foundation of honesty and trust. You want to be yourself – this is the person they’re supposed to like, not some idealized, fake version of you. You also don’t want to get caught in a stupid lie later on.

We all have problems, issues, struggles, whatever. Now is not the time to share yours. Dateable people make you want to be a better person and to share your life with them. They don’t feel like a burden or project.

Or through a dark parking lot.

23. Never take yourself too seriously.

Ultimately, these rules are pretty easy to follow. The most important thing, as literally anyone will tell you, is to be yourself. If being yourself means not wearing deodorant or telling your life story on the first date, by all means – break some rules!