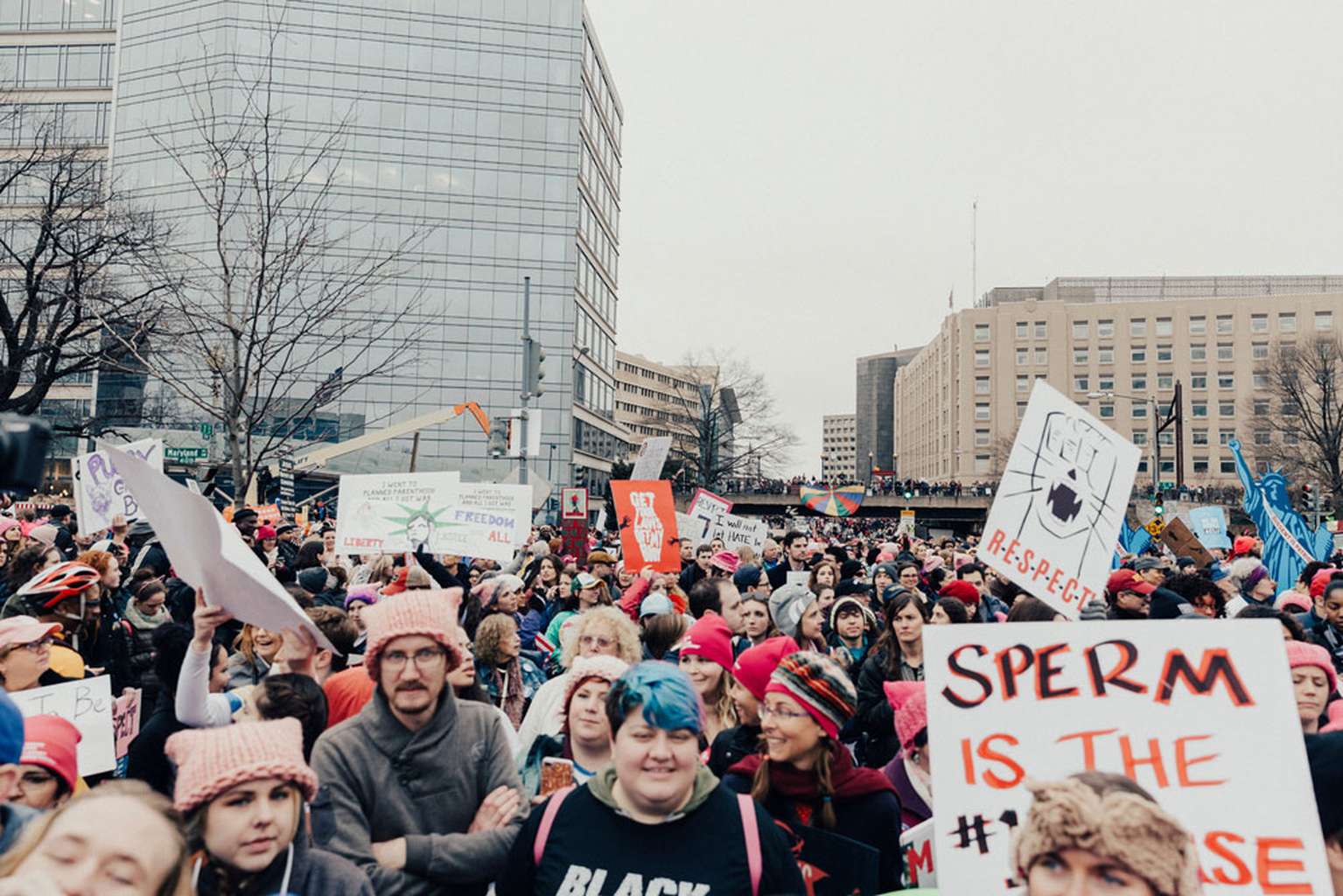 Feminism is a difficult subject to talk about if you’re not a woman. Whether you’re looking to support or criticize it, if you’re carrying around a cock and balls between your legs, a lot of your target audience is just going dismiss what you say outright. But fuck it, it’s a free country. One of the biggest problems about feminism is that most people who identify themselves as feminists can’t seem to agree on what it really is. And that’s fine, as far as it goes. Concepts and philosophies are open to interpretation. The most inclusive definition of feminism, and the one that’s most likely to get men on board with it, is that feminism means believing in and supporting equal rights for women. Since all men have mothers, sisters, wives and/or daughters whom they want to be treated with respect and not excluded from anything based on lack of penis, a lot of men in westernized societies are probably already feminists, at least to some degree. Certainly not all men, maybe not even most men, but a lot of men.

It’s true that men cannot be victims of patriarchal sexual discrimination. But that doesn’t mean all men take part in it and want it to continue. Basically, when it comes to movements, the more people you have on your side, the better. It’s not like feminism is about instigating a gender war, right? It’s not “Us against Them,” it’s “All of Us Together.” Stop lumping the good guys in with the bad guys, that’s all.

It’s a little weird to think of the word “bossy” as being specific to women, but it’s apparently been accepted as such. If someone orders people around in a rude manner and doesn’t expect their orders to be questioned, then they qualify as “bossy.” As in, that person is acting like the boss when they’re really not. It’s not inherently sexist. That’s not to say it can’t be used in a sexist fashion, but that doesn’t mean it always is, either. Sometimes a person is just being bossy, and that rubs people the wrong way.

The Sex & the City lifestyle.

Is it really still a thing that men who sleep with a lot of women are held up in high esteem while a woman is called a slut? Maybe back in the ‘80’s, but not anymore. Ever since AIDS became a thing, sexual promiscuity is generally looked down upon, regardless of your gender. I guess it’s fair to say that women who sleep with a hundred guys are looked down on more than a guy who sleeps with a hundred women, but the idea that that guy is somehow celebrated in male culture seems pretty antiquated. And it seems like a strange strategy to try to appropriate trashy behavior in the name of equality.

Trying to label things as “feminist” that aren’t.

Stripping is not feminist. Every once in a while, feminism attempts to gain control of a clearly non-feminist activity in an attempt to turn the tables of power. It’s true that the stripper is usually in control back in the champagne room—she calls the shots of how far she’s willing to go, and if a man crosses any lines, he’s thrown out on his ass, and he should be. But it’s still objectification, no matter how you look at it. Of course, that’s not to say that there’s anything wrong with a little objectification every now and then, but most feminists don’t think so, and you can’t have it both ways.

Men and women are different.

News flash. Politics and power aren’t the only things that play a part in gender roles. There’s also millions of years of biology. There are some things about the male/female dynamic that just aren’t going to change. Women as a whole are not likely to be able to compete in say, football without a little more evolution (although they should certainly be allowed to try). Men will never stop making unsolicited advances towards women (although this should be done in appropriate places and without intimidation). “Ghostbusters.” Remember when that was a thing? We’ve all more or less moved on from it, but somehow, a shitty all-female remake that nobody asked for became a lightning rod for feminism. And Sony used that outrage as a marketing gimmick. Thanks to a few online trolls, how you felt about the fucking “Ghostbusters” remake defined how you felt about equality for women. Ridiculous, but true. There are things about our society that can and should change, no argument about it. Things like asshole college students getting a slap on the wrist for committing rape or asshole conservative talk show hosts writing getting away with sexual harassment by opening a check book. The point is that there are real problems that need to be addressed. Let’s stop muddying the waters with stuff that doesn’t matter.