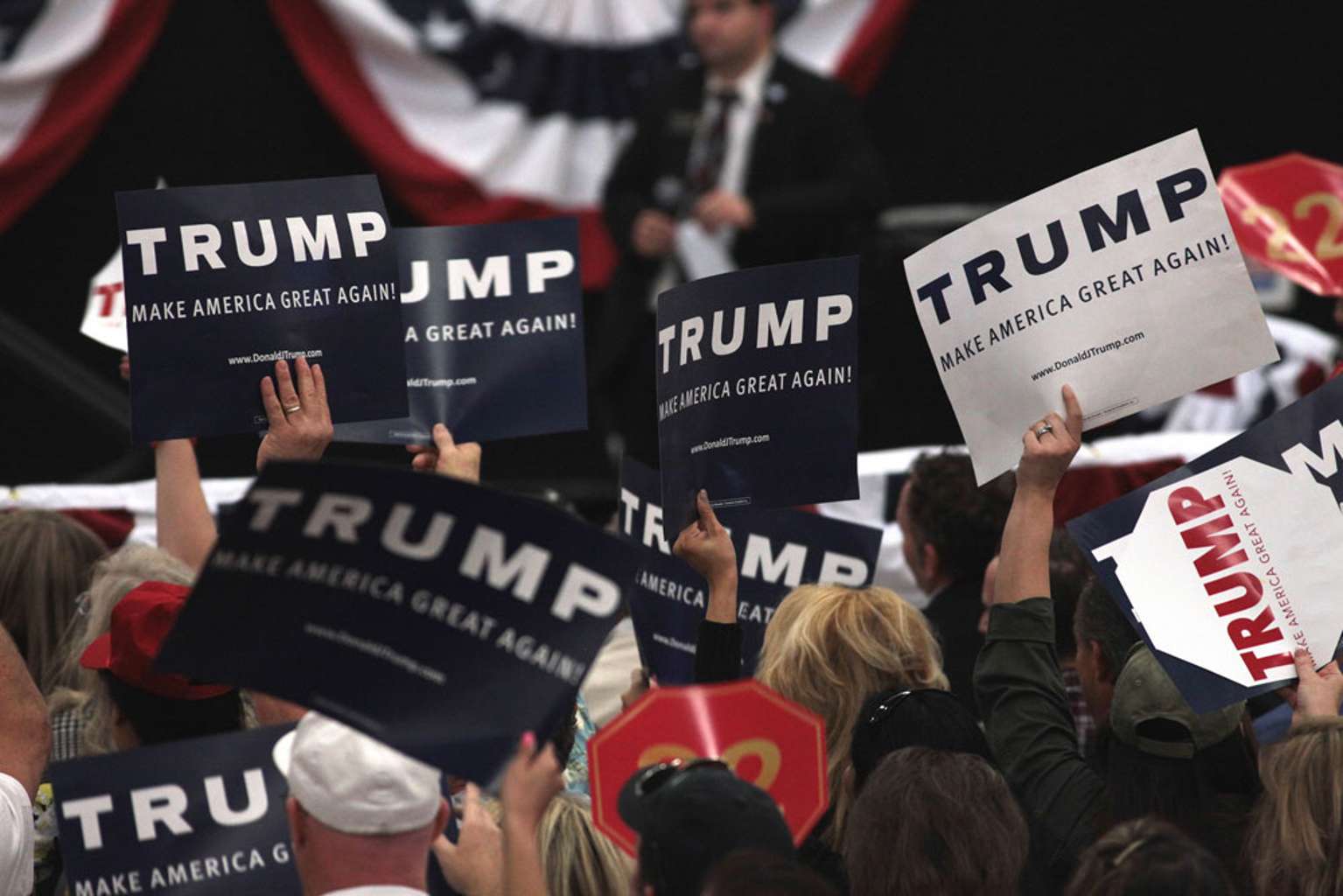 This isn’t an article by a liberal snowflake about how dumb Trump supporters, AKA Trumpets, are. It’s not an article about how racist, sexist or xenophobic they are. This is an article about why well-meaning people who you get along with on a daily basis still somehow manage to support Trump, someone they would never dream of having to dinner … if his name weren’t President Trump.

So why is it okay when Donald Trump does anything, from banning Syrian refugees from entering the country to omitting the word “Jew” from the White House’s annual Holocaust Remembrance Day statement? The answer can be found in a 1963 psychological experiment.

Imagine. You walk into what you have been told is a psychological experiment on learning. Your fellow test subject, the learner, is placed in the adjacent room with electrodes attached to his arms. You go into another room and sit in front of an electric shock generator with a row of switches labeled from “Slight Shock” to “Danger: Severe Shock” to “XXX.” You sit down with the experimenter standing behind you in a clean lab coat. As teacher, you give the learner basic test questions. Every time he makes a mistake, you are ordered to administer an electric shock, increasing the level of shock with each incorrect answer.

The learner keeps getting questions wrong, though. And while you feel uncomfortable administering an electric shock that is increasingly strong, the experimenter keeps prodding you to go on.

You stop. He says, “Please continue.”

You think, No, really, I can’t shock this person another time. He says, “The experiment requires you to continue.”

Now, the learner is asking for you to stop, saying he's in pain. You hear his cries through the wall. The experimenter says, “It is absolutely essential that you continue." This dude is being paid by Milgram to pretend he's in pain and he's not attached to electrodes at all, but you don't know that. You really think you're shocking a real person.

The learner is clearly in pain, crying out, “I can’t stand the pain! Get me out of here!”

The experimenter insists: “You have no other choice but to continue.”

According to Milgram, we are capable — all of us — of hurting other human beings, even killing them, simply because a figure of authority told us to. Obedience to authority is so deeply ingrained in us that an authority figure could tell us to do something we’d never otherwise do — and we do it. Automatically.

Reflecting on the experiment, Milgram wrote:

"Ordinary people, simply doing their jobs, and without any particular hostility on their part, can become agents in a terrible destructive process. Moreover, even when the destructive effects of their work become patently clear, and they are asked to carry out actions incompatible with fundamental standards of morality, relatively few people have the resources needed to resist authority."